When going to the closest Kohl’s store – in Jessamine County, Kentucky – it’s hard not to notice the small cemetery just to the front and right.  At one point the cemetery was located closer to US 27 – it was moved February 8, 2003, to make way for civilization!  I’m just happy it was moved and not destroyed!  But I remember well driving past and seeing the cemetery not far off the highway.  The last time we went to Kohl’s I took photos of the cemetery and gravestones.  Before that I didn’t know the names of those buried there, much less any additional information.  But with a little research sometimes comes a lot of knowledge!

Aaron Farra was born in Kentucky about 1792 – the year Kentucky became a state – or commonwealth, rather!  In the 1850 census of Jessamine County he is listed as 58 years of age with real estate valued at $30,000 – he must have owned a nice amount of acreage!  Aaron was the son of Amos Farra and Margaret Ann Whitman.  Amos died in 1825 and supposedly was buried in this cemetery – perhaps his stone didn’t survive?

Sally, the wife of Aaron Farra, is listed in the 1850 census as aged 57, and that she was born in Maryland.  Another person listed living with them in the census is Lucy Neet, aged 82, also born in Maryland.  This evidently is Sally’s mother.  Aaron Farra and Sally Neet married March 21, 1816, in Jessamine County. 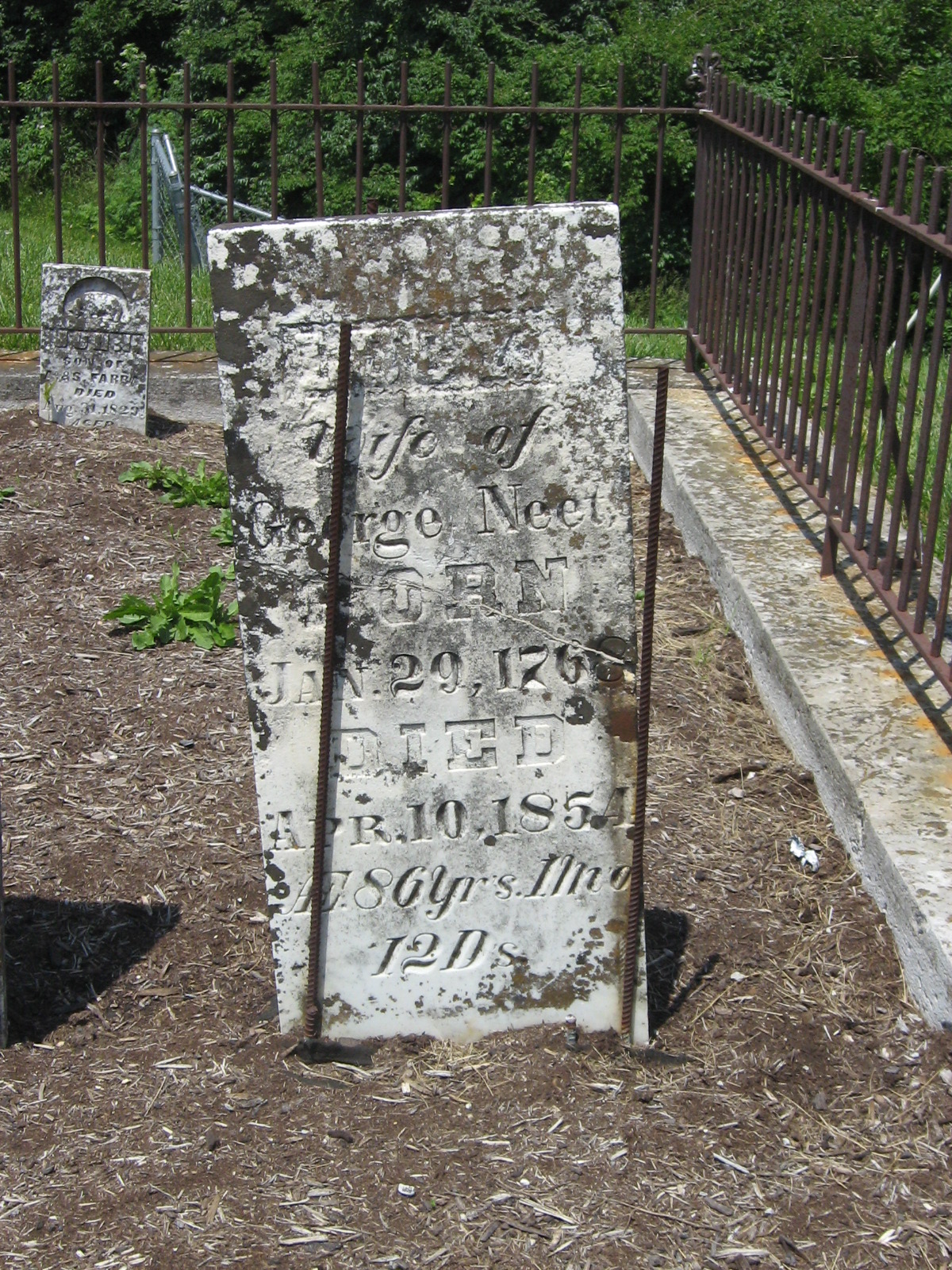 Lucy is buried in the cemetery, but without having that bit of information from the census, her exact relationship to the other members buried here would have been unknown.

George is the husband of Lucy, father of Sally.  Perhaps he was born in Maryland? 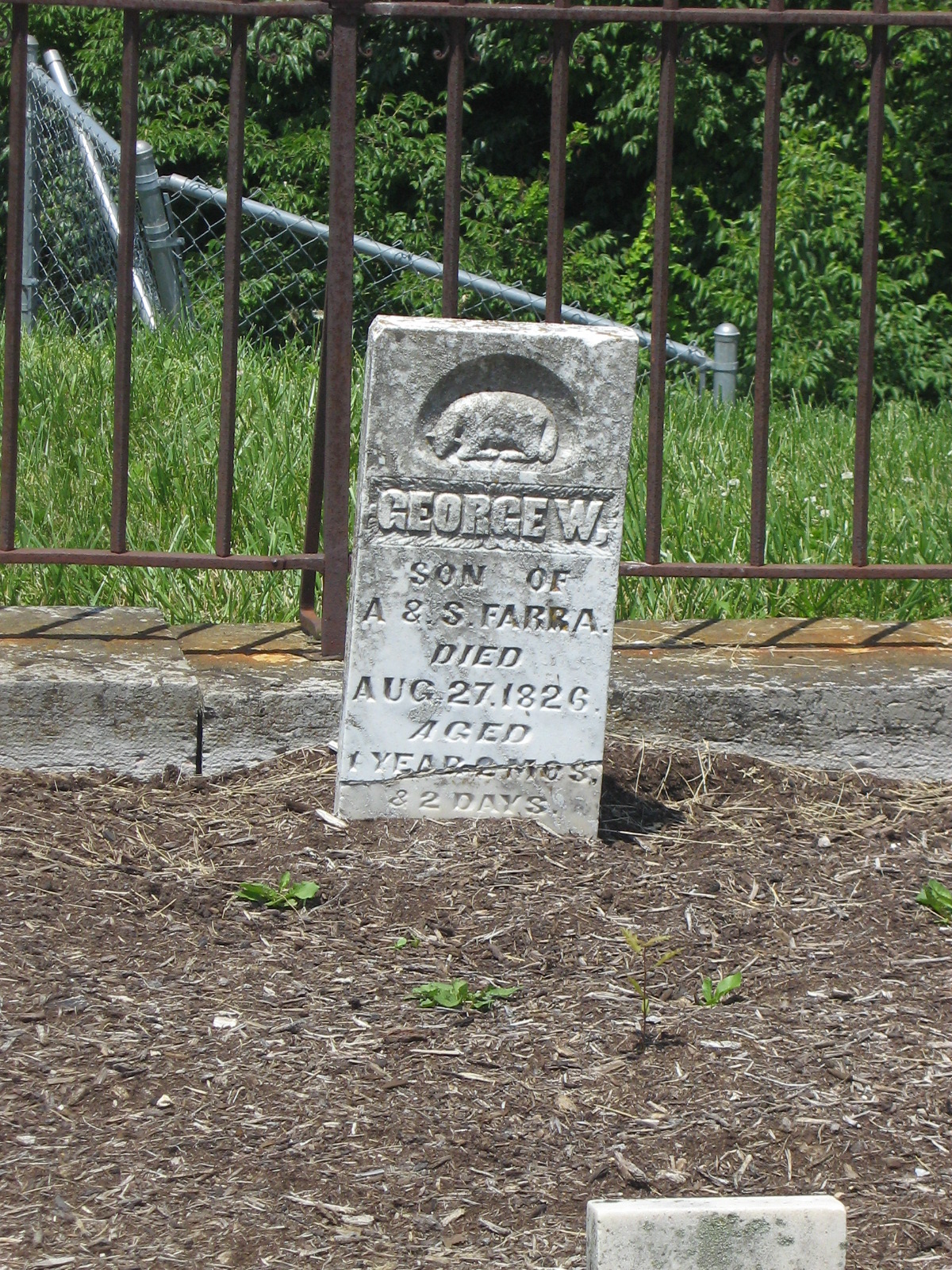 One of the children of Aaron and Sally buried here – just an infant! 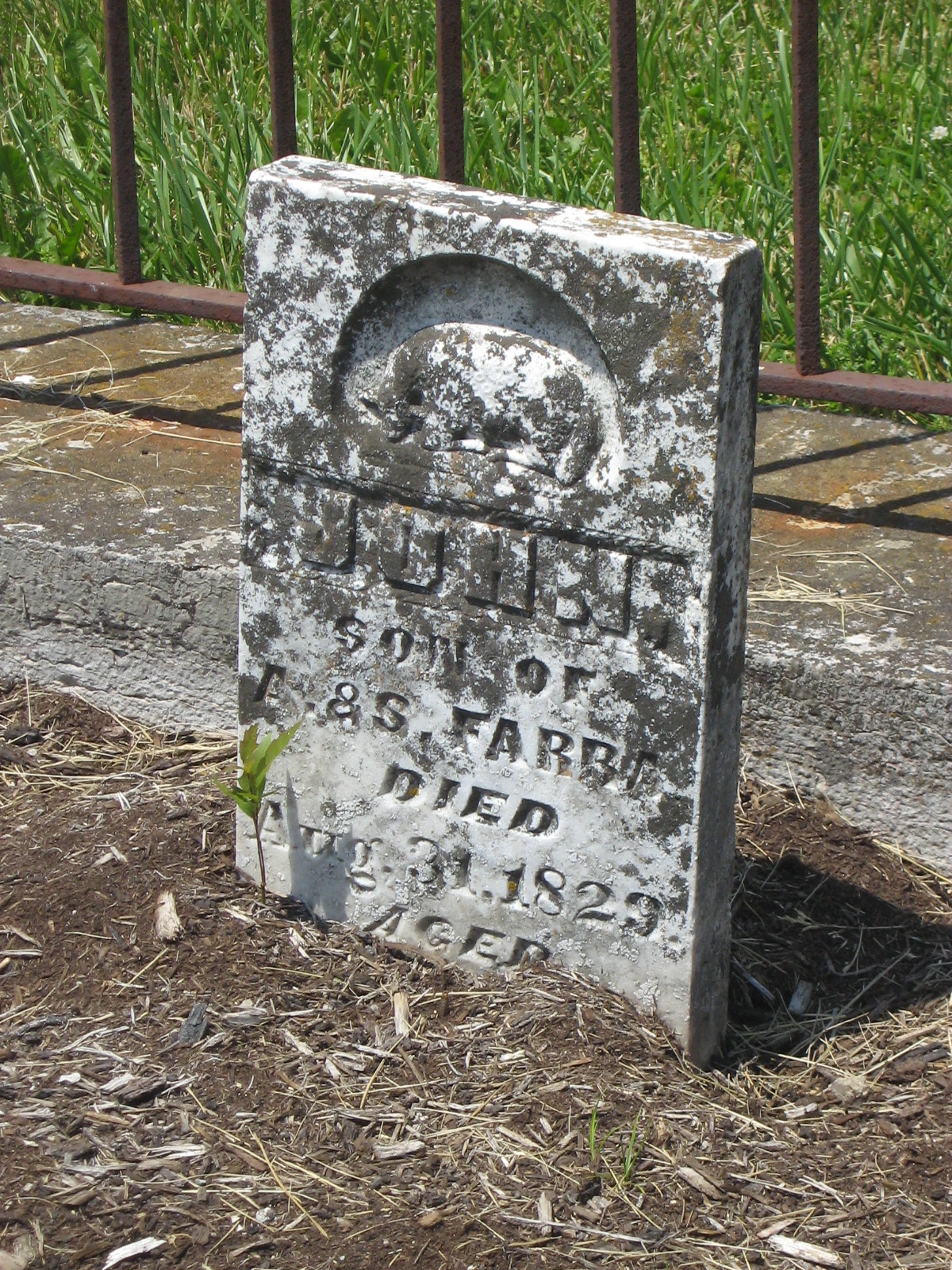 Another son of Aaron and Sally – unfortunately the stone has sunk into the ground and the age cannot be seen.

Evidently this child was named for his grandfather – and great-grandfather!

Ermina is a mystery – try as I could I found nothing to give information about her parents or why she would be buried in this cemetery.  Most likely she is a granddaughter of Aaron and Sally Farra, but there is no proof.  Perhaps you might know? 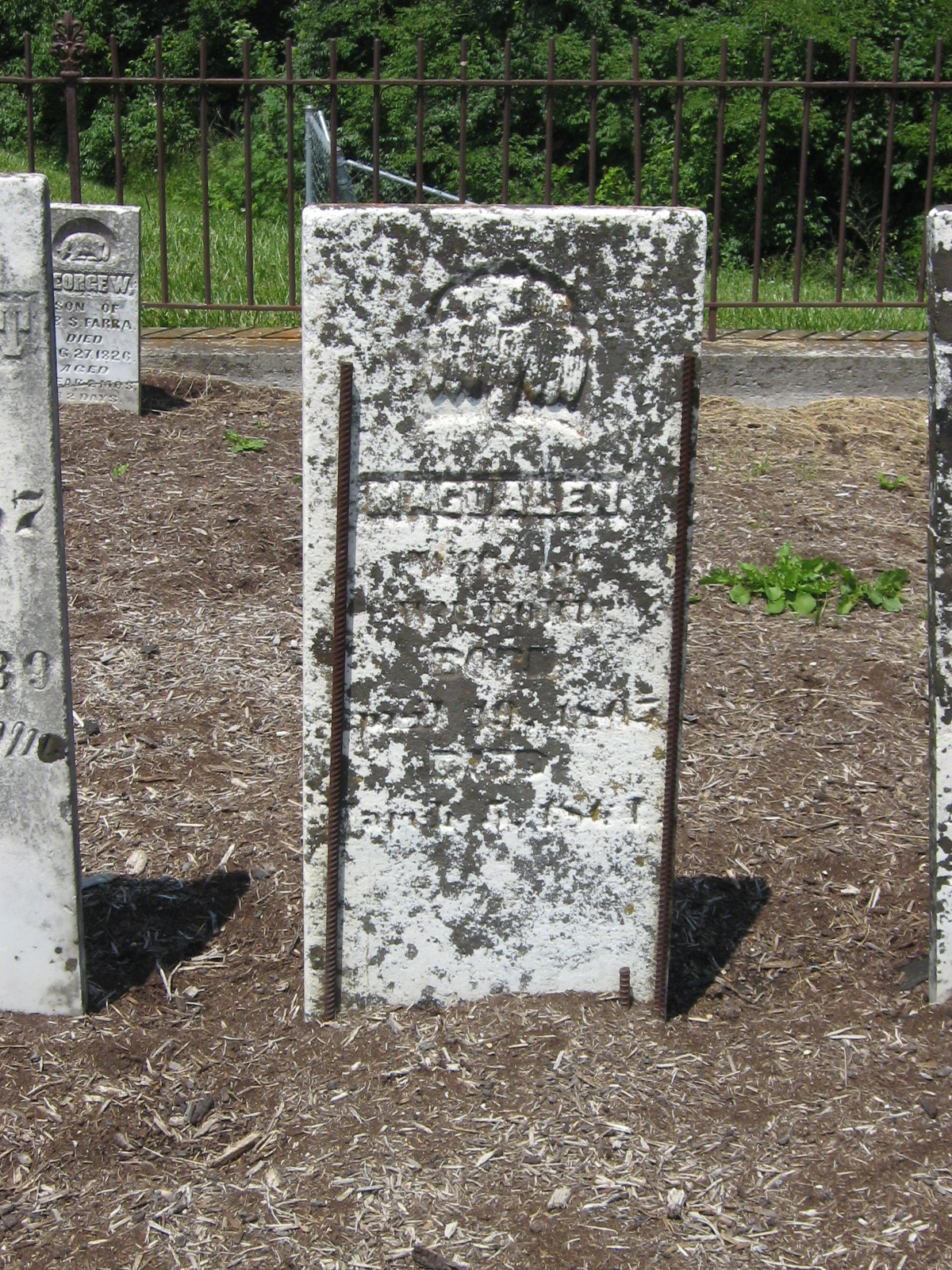 This stone is very difficult to read.  I’m fairly sure the name is Magdalen, and the birth date is April 19,1807.  The rest I am guessing.  Again, anyone know about this person? 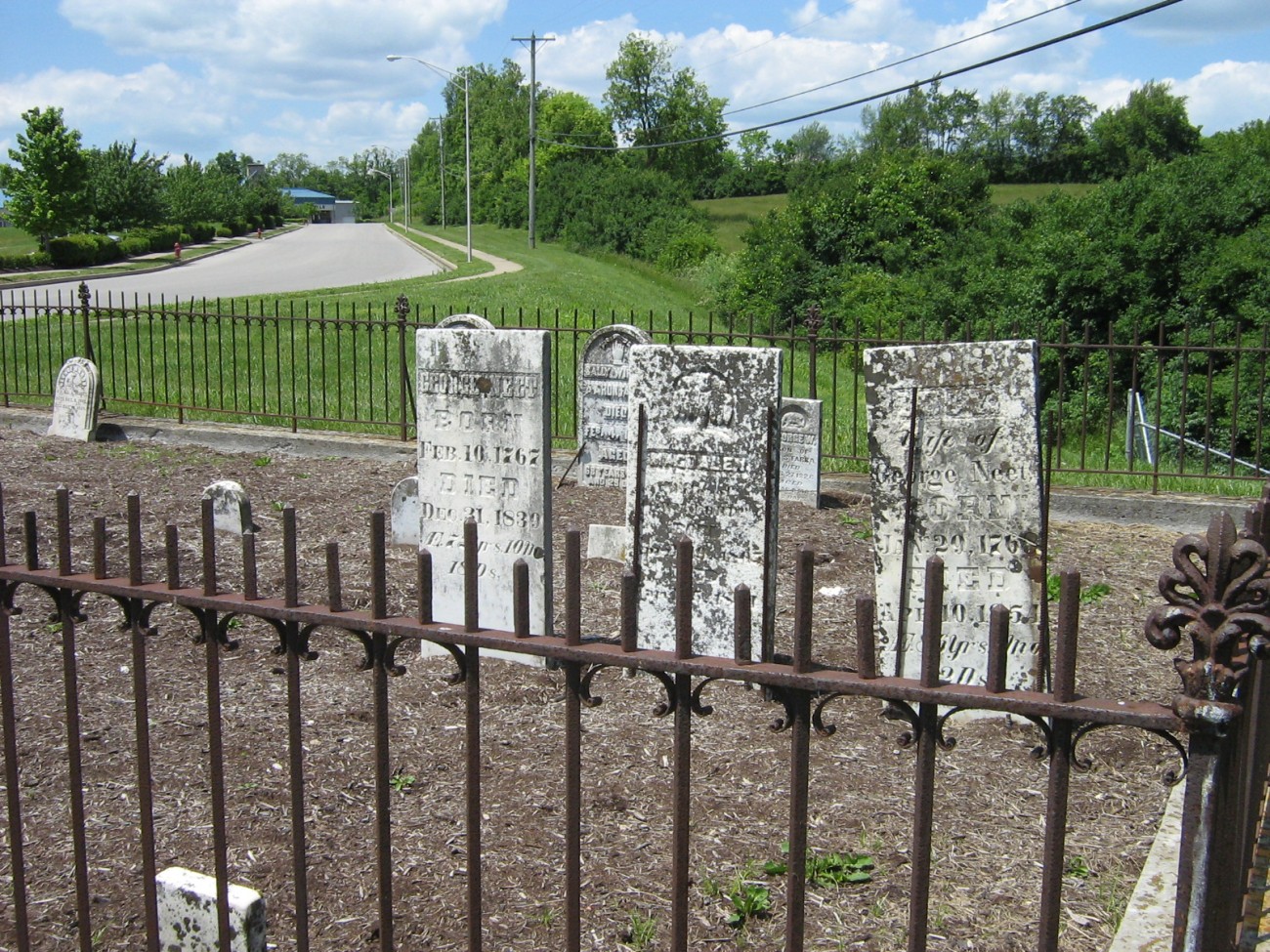 Fortunately this is one of the small, family cemeteries that has survived through the years.  Many have become over-run with weeds and brambles so that they are invisible to passersby.  The stones are still very readable, except for one, which is amazing.  When you see a small cemetery, stop and take photos – who knows when civilization may come through and destroy it?! 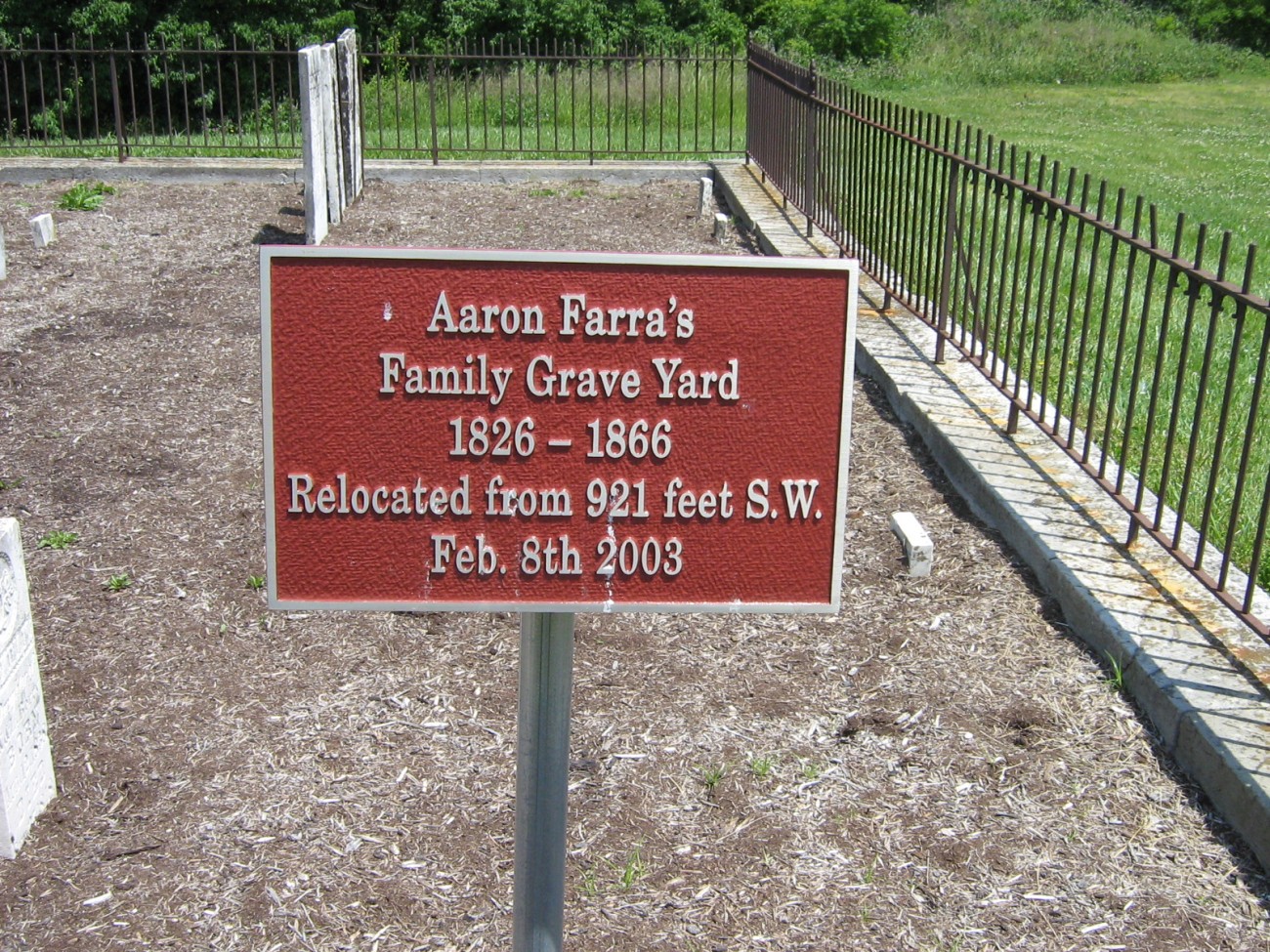