Fort Harrod and Its Pioneer Graveyard 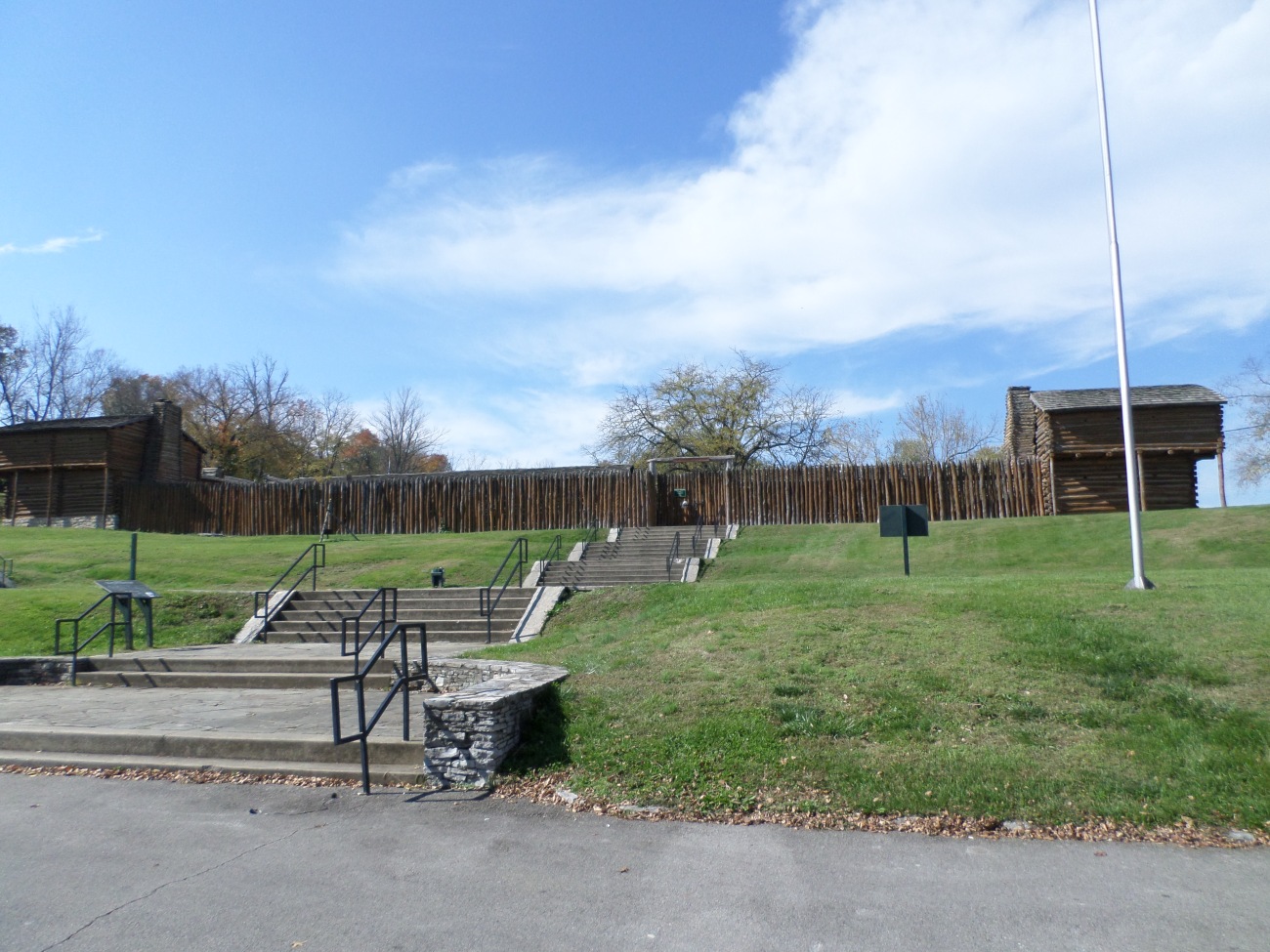 I feel very fortunate to live in a small Kentucky town known as the “Birthplace of the West”.  Harrodsburg was the only colonial city, and first permanent settlement, west of the Allegheny and Appalachian Mountains.  Broadway Street has the distinction of being the oldest street west of those mountains.  It was settled in 1774 by James Harrod of Pennsylvania.  The fort was originally to be built much closer to what is now the small town of Burgin, but the huge number of bison that consistently ran through that area, made it impossible. 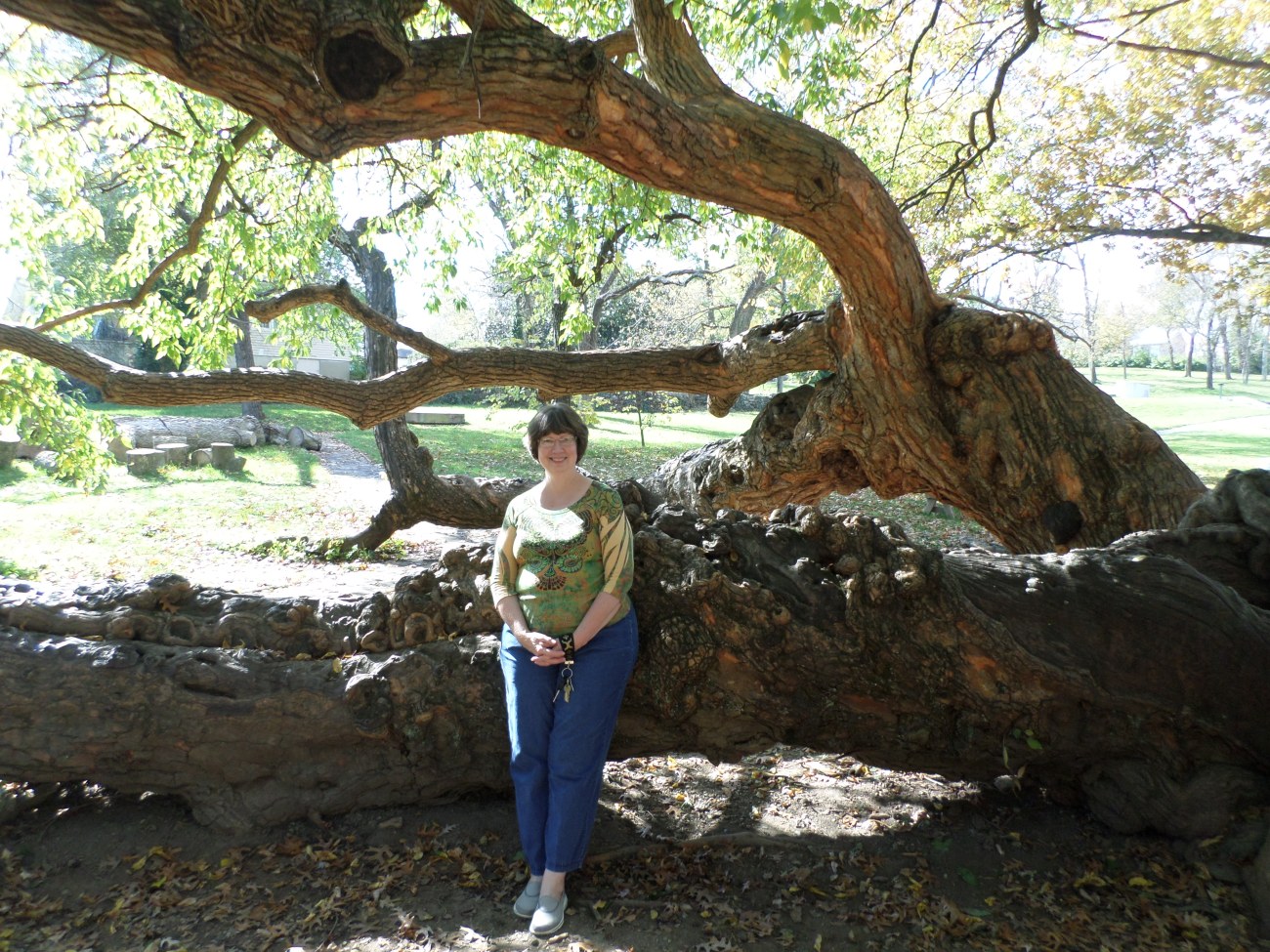 Fort Harrod is now a reproduction that draws many visitors each year.  It has been a popular field trip for students from the far reaches of the state – and out of state – and even our own children make their way there at least once during their years of education.  And most take their pictures lined on the huge, sprawling limbs of the Osage Orange Tree.

My mother was a reenactor one year at the fort, sitting in one of the cabins weaving baskets, in her colonial costume, and sometimes making lye soap over an open fire!  She could certainly tell some stories!  In fact, the gift shop sold out of lye soap the days mom was there! 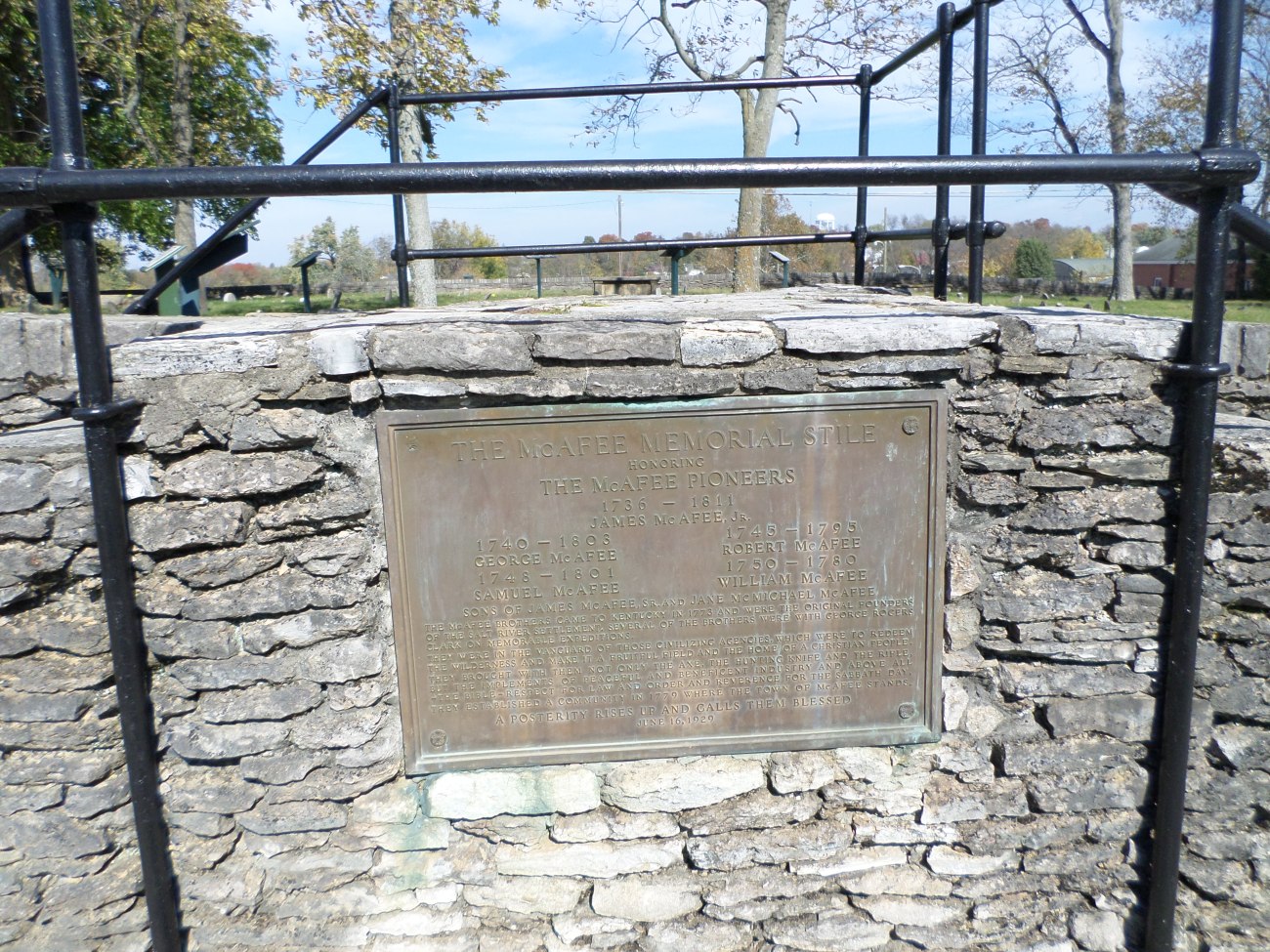 The McAfee Memorial Stile, honoring The McAfee Pioneers, James McAfee, Jr., 1736-1811; George McAfee, 1740-1803; Robert McAfee, 1745-1795; Samuel McAfee, 1748-1801; William McAfee, 1750-1780, sons of James McAfee, Sr., and Jane McMichael McAfee.  The McAfee brothers came to Kentucky in 1773 and were the original founders of the Salt River settlement.  Several of the brothers were with George Rogers Clark on memorable expeditions.  They were in the vanguard of those civilizing agencies, which were to redeem the wilderness and make it a fruitful field and the home of a Christian people.  They brought with them not only the axe, the hunting knife and the rifle, but the implements of peaceful and beneficent industry and above the bible respect for law and order and reverence for the Sabbath Day.  They established a community in 1779 where the town of McAfee stands.  A posterity rises up and calls them blessed.  June 16, 1929.

Pioneer Graveyard – This graveyard was just south of Fort Harrod.  The original fort was located on the hill where our present day parking lot is.  Over 480 grave stones still remain in this pioneer graveyard.

This historic cemetery was used from 1775 when the fort was built, until about 1833.  Most of the graves up to 1800 are only marked by rough unlettered stones.  The different grave markings clearly define the progress of civilization at the date of burial, and the materials to be had at the time.

Noted pioneer woman Ann McGinty lies buried here.  She brought the first spinning wheel to Kentucky.  She died in 1815.  A Revolutionary Patriot symbol was placed on here stone by the Ann Poage Chapter of the D. A. R. 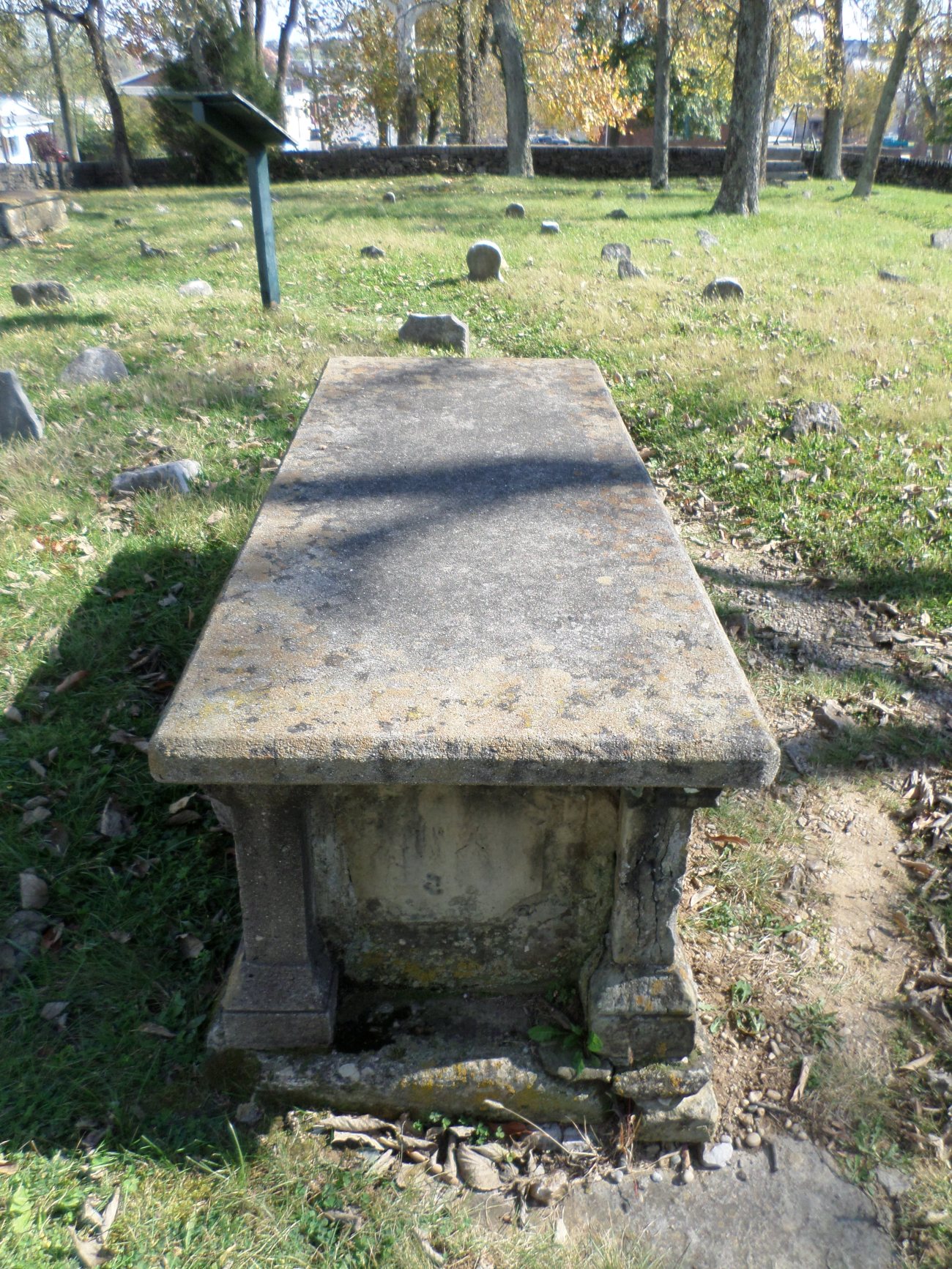 James Harrod, who lead the first pioneers to Harrodsburg, is not buried in this cemetery.  He failed to return from one of his frequent hunting expeditions and his fate was never known.

Thank you for visiting Harrodsburg with me today!  Hopefully one day you can see it in person!