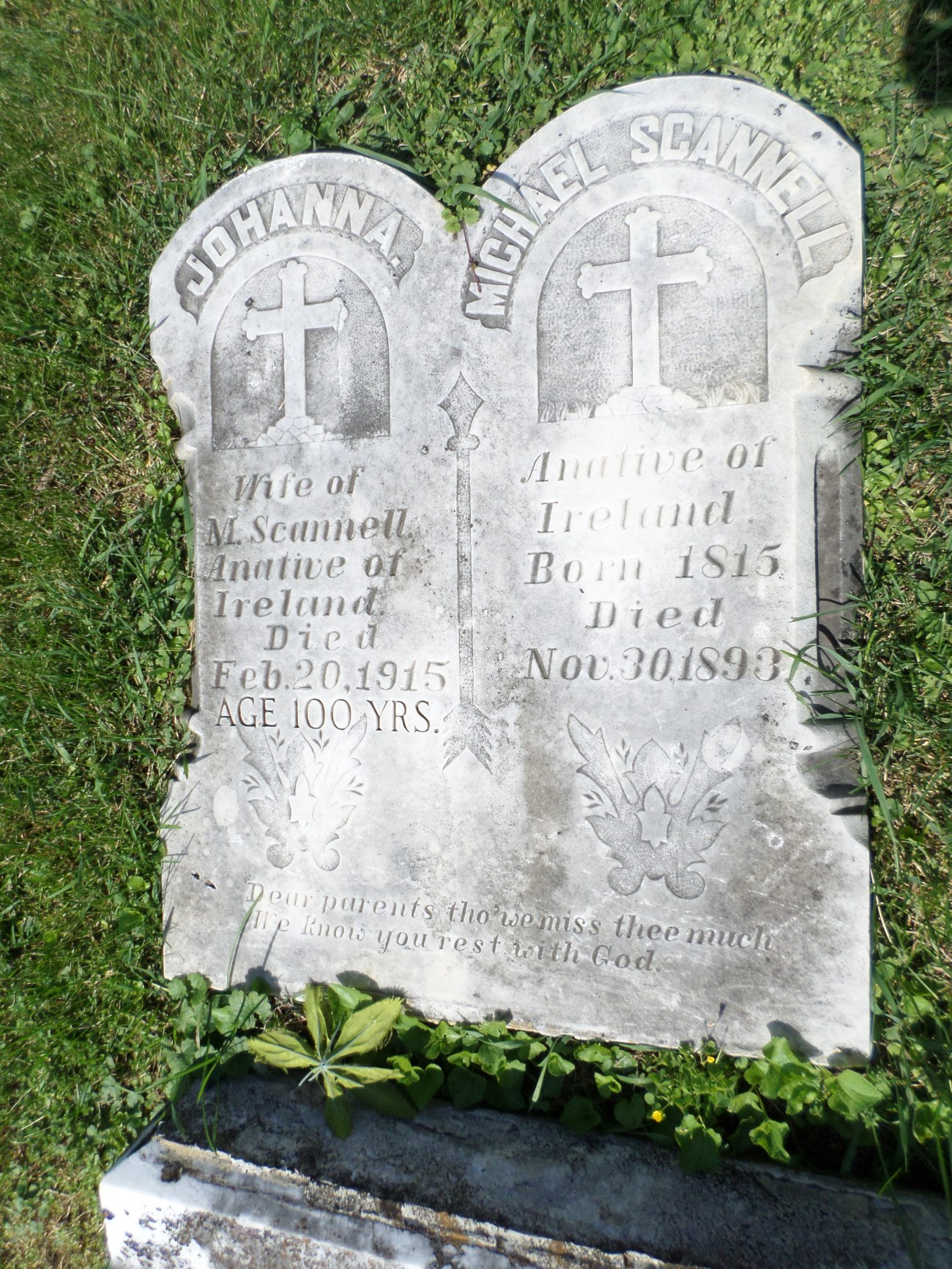 The oldest woman in Washington County passed to her reward when on last Saturday night Mrs. Johanna Scannell departed this life.  Prior to her married Mrs. Scannell was a Miss Fitzgerald and was born in County Cork, Ireland, in January 1816.  She grew to womanhood in her native country.  When quite young she suffered the loss of her mother.  When a young woman she was united in marriage to the late Mr. Michael Scannell.  After her marriage they took up their residence in their native land, but came to this country in 1850, and for about 12 years lived in New York City.  Sometimes in the early sixties they moved to Washington County and settled near St. Rose.  She was the mother of twelve children, only two of whom survive her, Mrs. J. O. Polin of this county and Mr. B. J. Scannell of Louisville.  Mrs. T. J. Medley and Dennis Scannell, both of whom are now dead, were here, children as was also the late Sister Benedicta of St. Catharine and the late Rev. Father Joseph Scannell, who died in Memphis, Tennessee, during the yellow fever plague of 1878.

In 1893 she suffered the loss of her husband and companion for more than one half century.  Shortly after his death she moved in with her daughter, Mrs. J. O. Polin, which place continued to be her home until her death.

Mrs. Scannell was a remarkable woman in that she retained a clear recollection and memory up until her death, and the vigor of youth was never extinguished, even in old age, and she was never happier than when indulging in merriment with young people, with all of whom she was a favorite.

Although away from Ireland many years she never forgot the green fields of the old sod, and frequently during her life was heard to sing in the Irish language, its national songs.

Those who remember her in earlier days have many recollections of her willingness to help her neighbors and many could give testimony of her vigors in this regard.  She was very devoted to her children, and delighted to have her grandchildren assembled at her side.  She also had the pleasure to have several of her great-grandchildren visit her before her death.

Funeral services were conducted at St. Rose Monday morning with Requiem High Mass, by Father Christmas, after which the remains were laid beside those of her husband in St. Rose Cemetery.  A large crowd of old friends and neighbors attended the funeral services.