Happy to share this old marriage bond with you.  I wanted to bring to your attention the way Stephen Huston spelled his name, and the way the county clerk, Willis Green, spelled it – Hughston.  A prime example of how clerks spelled names as they thought it should be, not necessarily how they were spelled!  But we must compliment Mr. Green on his beautiful handwriting!  Quite lovely!

Although he signed his name Stephen Huston, he was named Stephenson, his mother’s maiden name.  Stephenson was the son of Archibald Huston and Mary Stephenson.  He fought in the Revolutionary War with the Augusta County Militia, from Virginia.  In 1779 he served in Captain Logan’s company in Lincoln County, which made him one of the earliest settlers of the county.  The town of Hustonville is named after Stephenson Huston and his two sons. 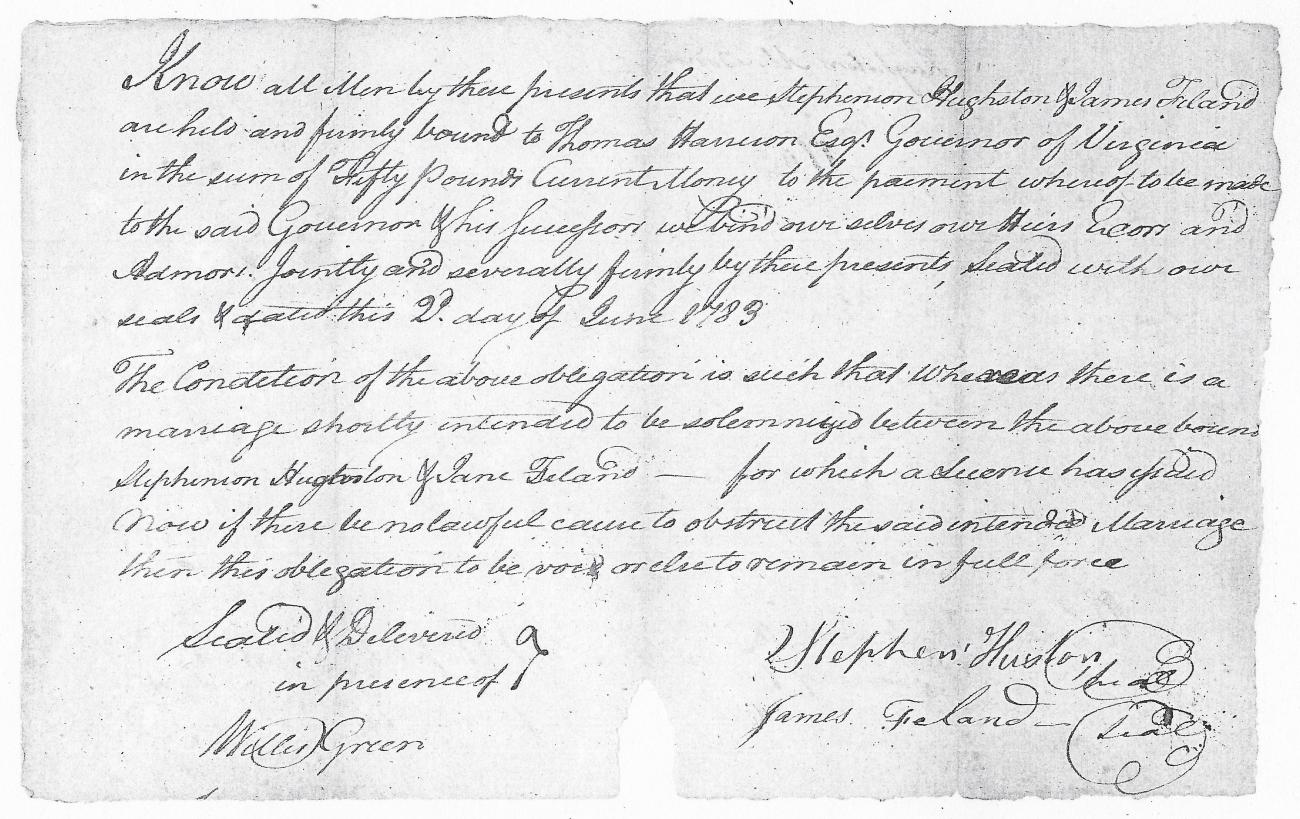 Know all men by these presents that we, Stephenson Hughston and James Feland, are held and firmly bound to Thomas Harrison, Esq., Governor of Virginia, in the sum of fifty pounds current money, to the payment whereof to be made to the said Governor and his successors, we bind ourselves, our heirs, executors and administrators, jointly and severally, firmly by these presents, sealed with our seals and dated this 2nd day of June 1783.

The Condition of the above obligation is such that whereas there is a marriage shortly intended to be solemnized between the above bound Stephenson Hughston and Jane Feland, for which a license has issued.  Now if there be no lawful cause to obstruct the said intended marriage then this obligation to be void or else to remain in full force.

Sealed and delivered in the presence of Willis Green