By Kentucky Kindred Genealogical Research on July 26, 2017 • ( Leave a comment ) 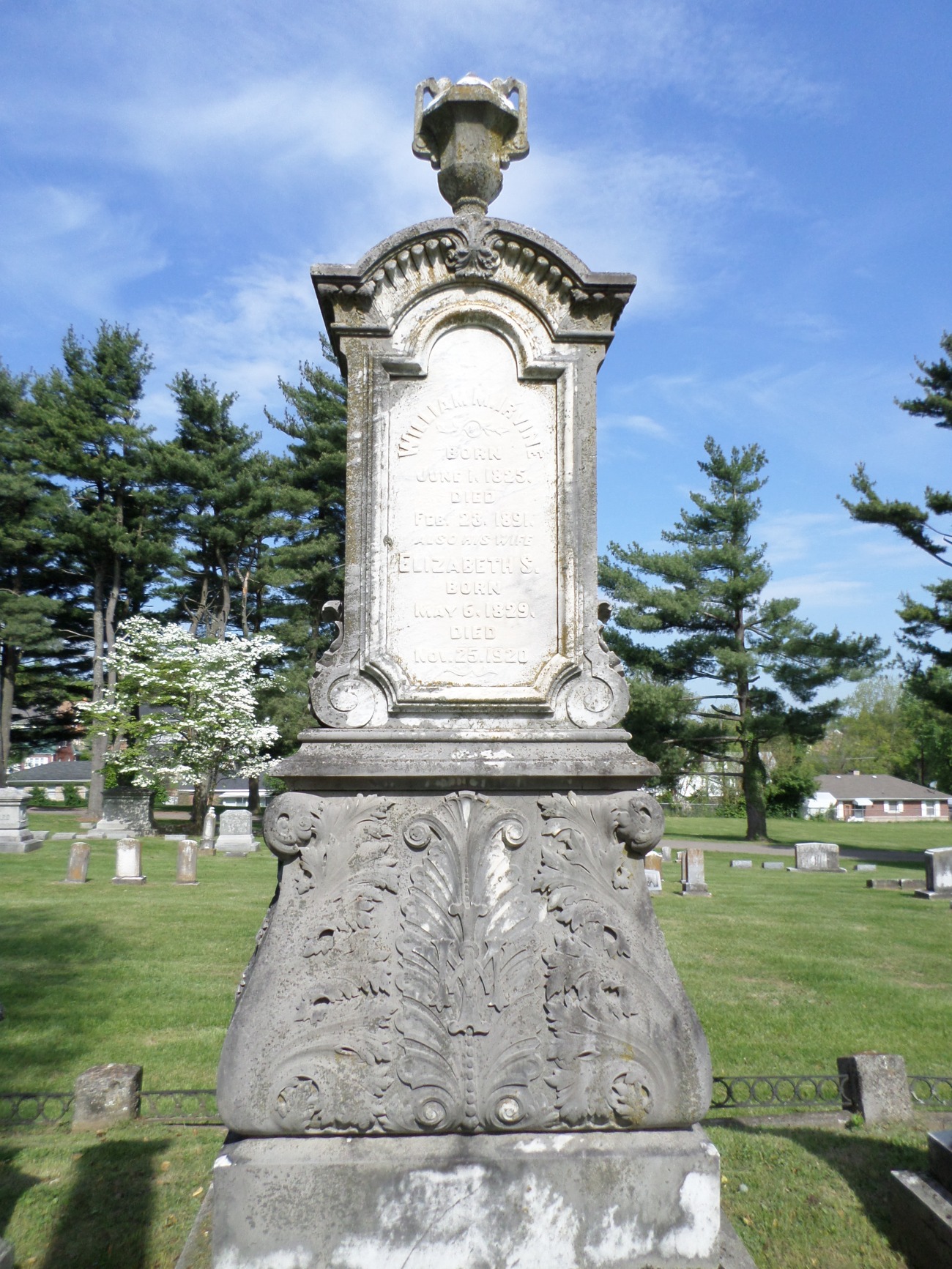 William M. Irvine died in Richmond, Kentucky, on Monday afternoon, February 23rd, 1891, aged 65 years and 8 months.  The exact nature of his disease has not been announced by his physicians, but a marked decline in his physical condition had been noticeable for several months.  The funeral will take place in Richmond Cemetery tomorrow at 3 p.m.

William M. Irvine was born in Richmond June 1st, 1825, was educated at Transylvania, and took the junior law course in that school under the tutelage of Robertson, Wooley and Marshall.  He also studied law at Harvard, and obtained license to practice, but became interested in farming and declined to practice law.  Was elected cashier of the Farmers National Bank, which he left to organize the First National, then the Second National, acting as its President for a number of years, returning to the First.  Took an active part in the affairs of Central University and became a curator.  He was a successful financier and leaves a large fortune.  Was a consistent member of the First Presbyterian Church, and a progressive and valuable citizen and a Democrat.  Was a grandson of William Irvine, a native of Virginia, who was desperately wounded at the so-called Estill’s Defeat, 1782, carried from the field by Joe Proctor, and afterwards became a member of the Constitutional Convention of 1799, and the first County and Circuit Clerk of Madison County.  The deceased leaves no children, but his wife survives him.

A Lesson In War

The writer will never forget his first meeting with Col. William M. Irvine, whose death occurred last week.  On the morning of the 31st of August 1862, the writer, a mere boy, left his home out in the country, and came to Richmond to see about the battle that was fought the day before between the Confederates under Kirby Smith, and the Federals under Nelson.  Coming across the country, we reached the battle-field near where the last stand was made.  At this moment, several citizens came up on horseback and paused a moment in conversation.  One of them, a fine-looking man with a pathetic cast of countenance, remarked: ‘Gentleman, something must be done.  There are several hundred dead men lying around here!’  This was a startling revelation to us.  We had seen pictures of battles in which a dozen or more fallen could be counted, but to think that we had come upon a scene of carnage where three or four hundred men lay dead and promiscuously scattered about, was, to say the least, startling.  But we took in the field from Richmond to Mt. Zion Church, and it was a day never-to-be-forgotten.  Upon inquiry, we learned that the gentleman who made the remark that gave us an idea of war, was Col. William M. Irvine, a man whose self-possession, dignity and consideration of others were marked characteristics.