By Kentucky Kindred Genealogical Research on May 8, 2018 • ( Leave a comment )

Hancock County, Kentucky, is where many of the Lewis, House and Greathouse family members settled when they moved from Virginia to Kentucky in the late 18th century.  Last fall Ritchey found this cemetery, our second try.  Those buried here are members of my 5th great-aunt, Catherine Jennings Linton, sister of my Captain John Linton, who married William Joseph Lewis May 15, 1766.  Several of her children carried the middle name Linton.  Catherine’s nephew, John Lewis, was the earliest pioneer to Hancock County.

John Joseph House was born in Hancock County, December 20, 1831, and is the son of Benoni and Hannah A. (Lewis) House, natives of Maryland and Kentucky, respectively. William House, grandfather of our subject, was a native of Maryland, which state he left in an early day, immigrating to Hancock County, and settling on the Ohio River, a short distance below the village of Troy. He was a farmer by occupation and died a number of years ago.  The Lewis’s were from Virginia, subject’s grandfather being among the first permanent residents of that part of Hancock County, which still bears his name.  He was a prominent and extensive land owner, having purchased from the government large tracts of land in various parts of the county.

Benoni House was born in 1808 and died in 1849.  The mother of subject was born in 1811 and died July 31, 1881.  The family of Benoni House and Hannah House consisted of eight children, only two of whom are now living:  Hannah A., wife of William Moredock, and John J., subject of this sketch. 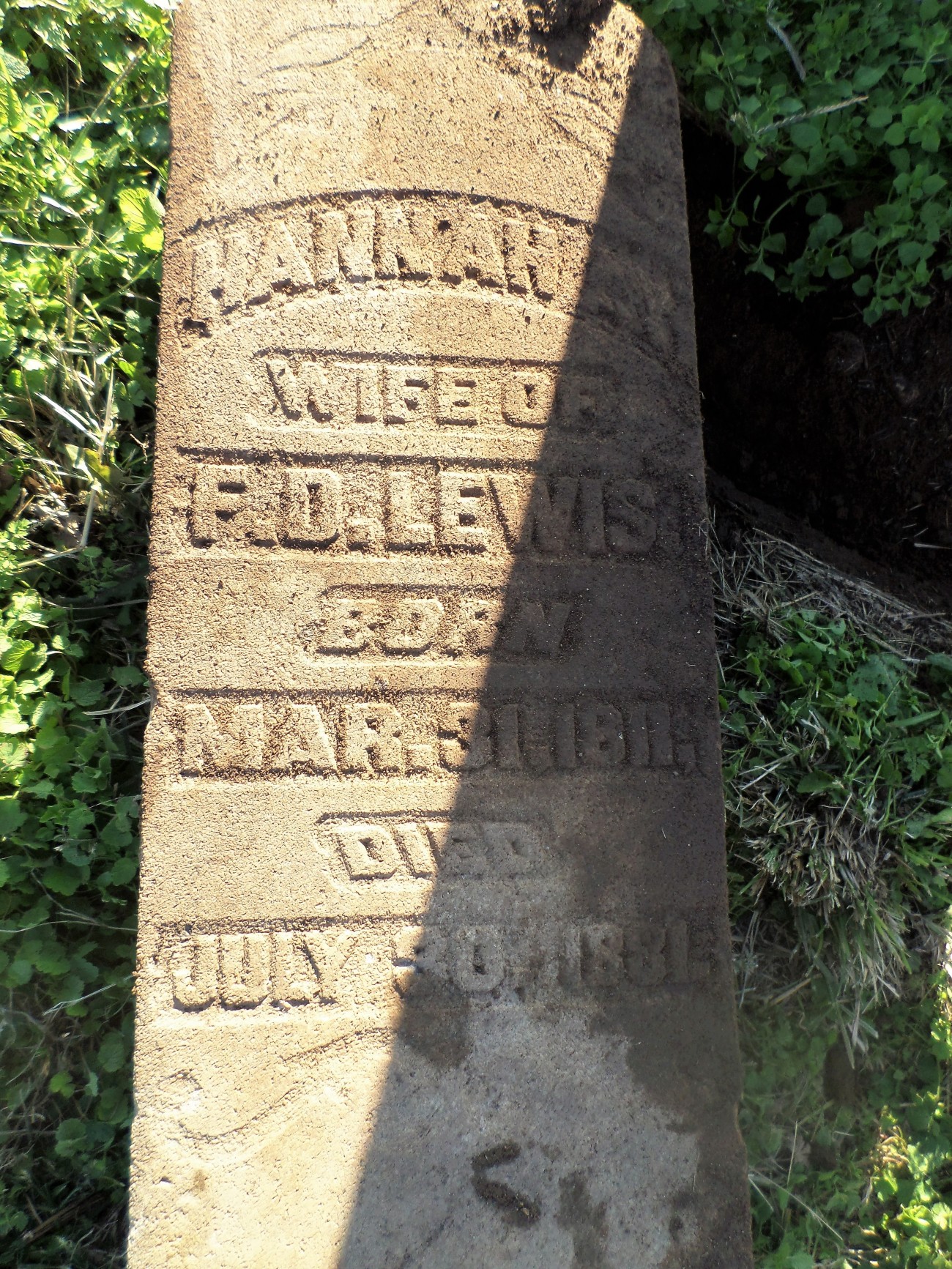 By second marriage, with Dr. F. Lewis, the mother had three children, only one of whom is now living.

John J. House was reared on a farm in Hancock County, two miles from the village of Lewisport, where he remained until his twentieth year.  He received a liberal education in the schools of the county and commenced life for himself as a salesman in the drug house of Raymond & Patten, Louisville, with whom he remained a short time.  He subsequently engaged as a salesman on a store-boat which plied on the Ohio River, selling books, stationery and fancy goods, remaining the greater part of one year.

After severing his connection with the enterprise, he took service as clerk with W. P. Haywood, of Lewisport, in the general mercantile business, where he remained for several years, dealing in live stock on his own responsibility in the meantime.  In 1857 he engaged in farming on a place he had previously purchased in Yellow Creek Precinct, and on May 25 of the following year he was united in marriage with Mrs. Nancy Simpson, daughter of Nathan and Nancy Hukill, of Maysville, Kentucky.  In 1861 he purchased his present farm of 198 acres, on which he has since been living.  He owns 300 acres of choice land, and in addition to farming and stock raising is largely engaged in the manufacture and sale of lumber and brick. 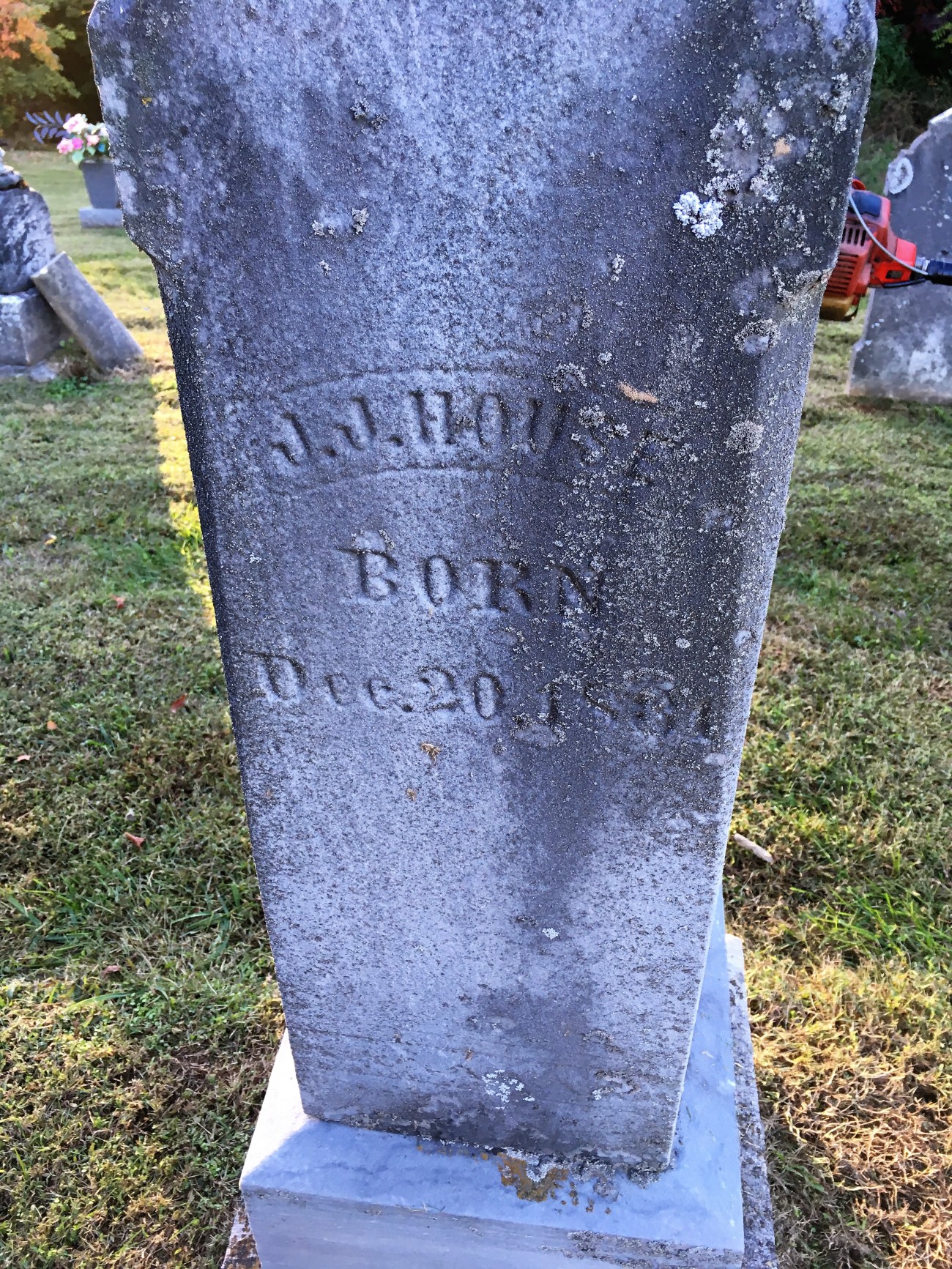 Mr. House is connected with the I.O.O.F., K. of H. and Masonic order, and is an active member of the Methodist Episcopal Church, to which he has belonged since 1845.  Mr. and Mrs. House have a family of eight children, whose names are as follows:  Fannie M. (Simpson), Benoni, Ida B., Anna S., Suzy B., Allie T., David N. and John William. 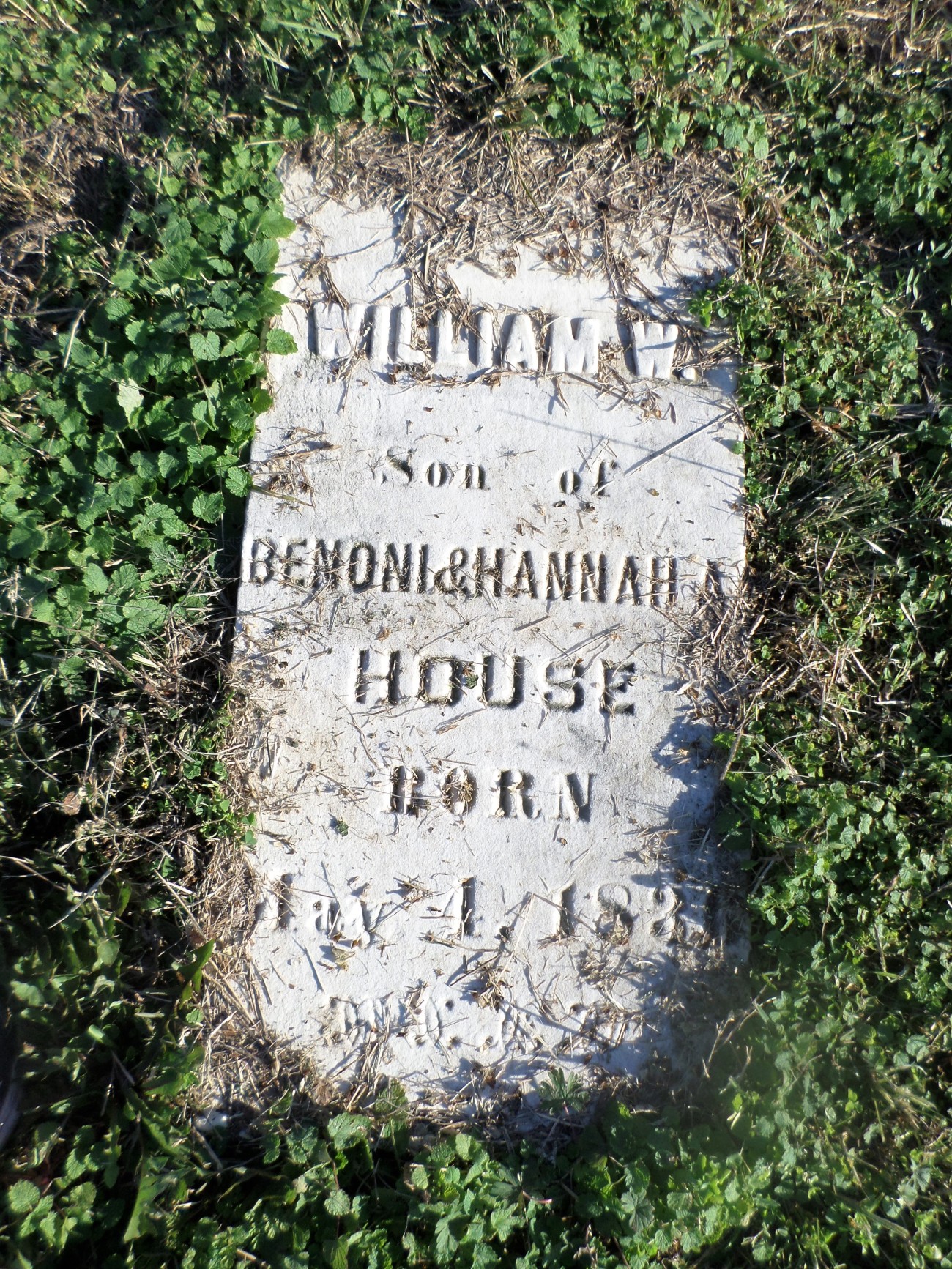 Greathouse Cemetery, Hancock County, Kentucky.  Ritchey taking photos in the rain.  The two cemeteries are one and a half miles apart – as the crow files.