The Ohio Book Store in Cincinnati 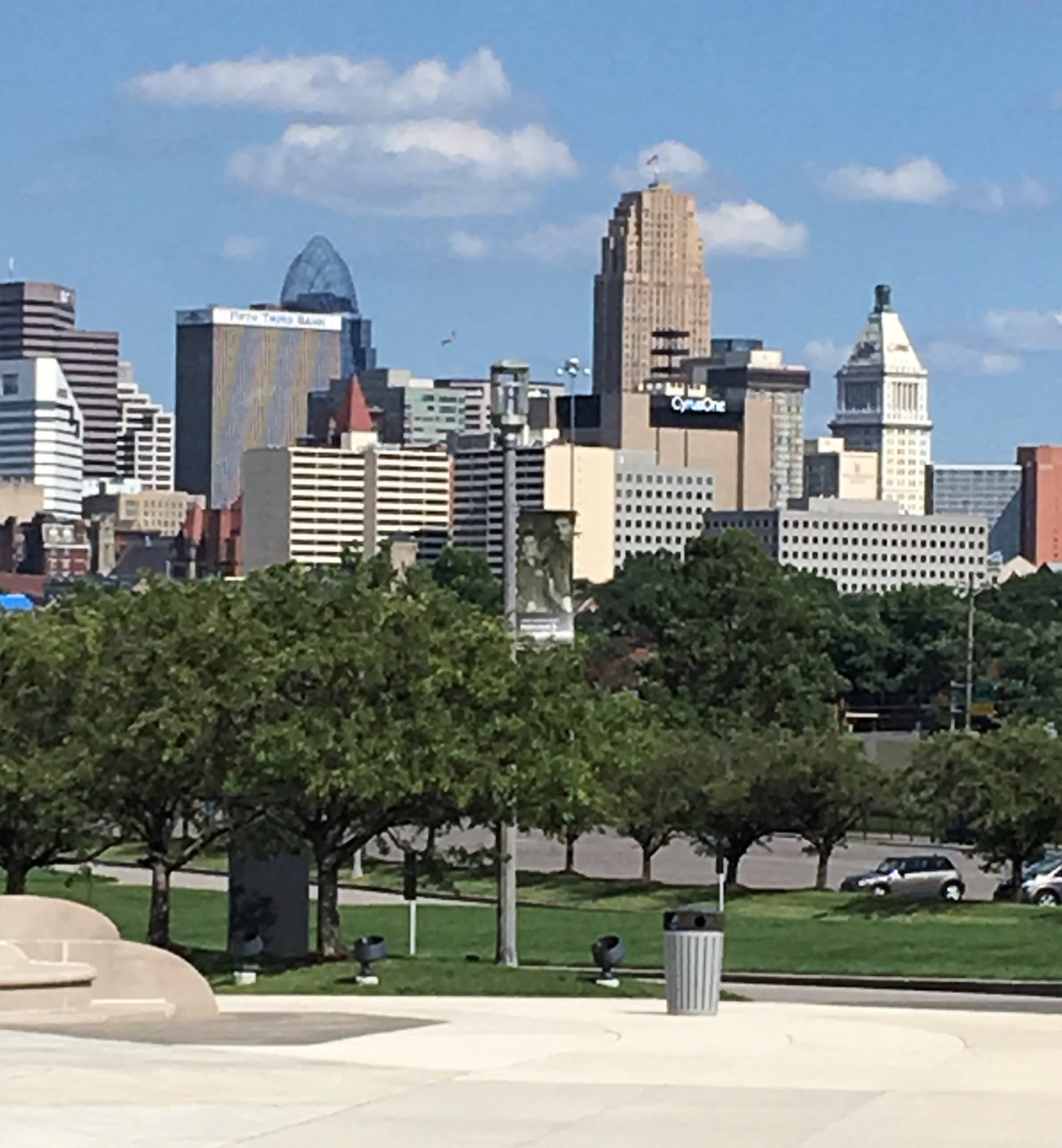 The last week of June Ritchey and I were in Cincinnati.  This wasn’t per se a genealogy trip, our main focus was the Cincinnati Art Museum (saw my favorites – John Singer Sargent’s A Venetian Woman, Van Gogh’s Couple Walking in Forest, and Gainsborough’s Ann Ford (Mrs. Philip Thicknesse) in her beautiful white lace dress in the music room.  Another day we went to the Cincinnati Museum Center where we saw the Egypt The Time of Pharaohs exhibit – as well as the accompanying IMAX film.  We also saw Cuba in Imax, so much more to that little nation than I ever expected.

But there were traces of genealogy research – there always is!  Ritchey is the early bird who loves to walk around where we stay, looking for geocaches and just anything interesting in the area.  We stayed in the little town known as St. Bernard – and one of his geocaches, a multi-cash, involved the ten St. Bernard statues in the area – a clue from each gave you the answer for the geocache.  There were also three cemeteries surrounding us.  Didn’t actually plan that, but always take advantage of what is nearby.  He took photos in each on different mornings.  The 90+ temperatures meant I stayed inside – I am dedicated but realize my limitations. 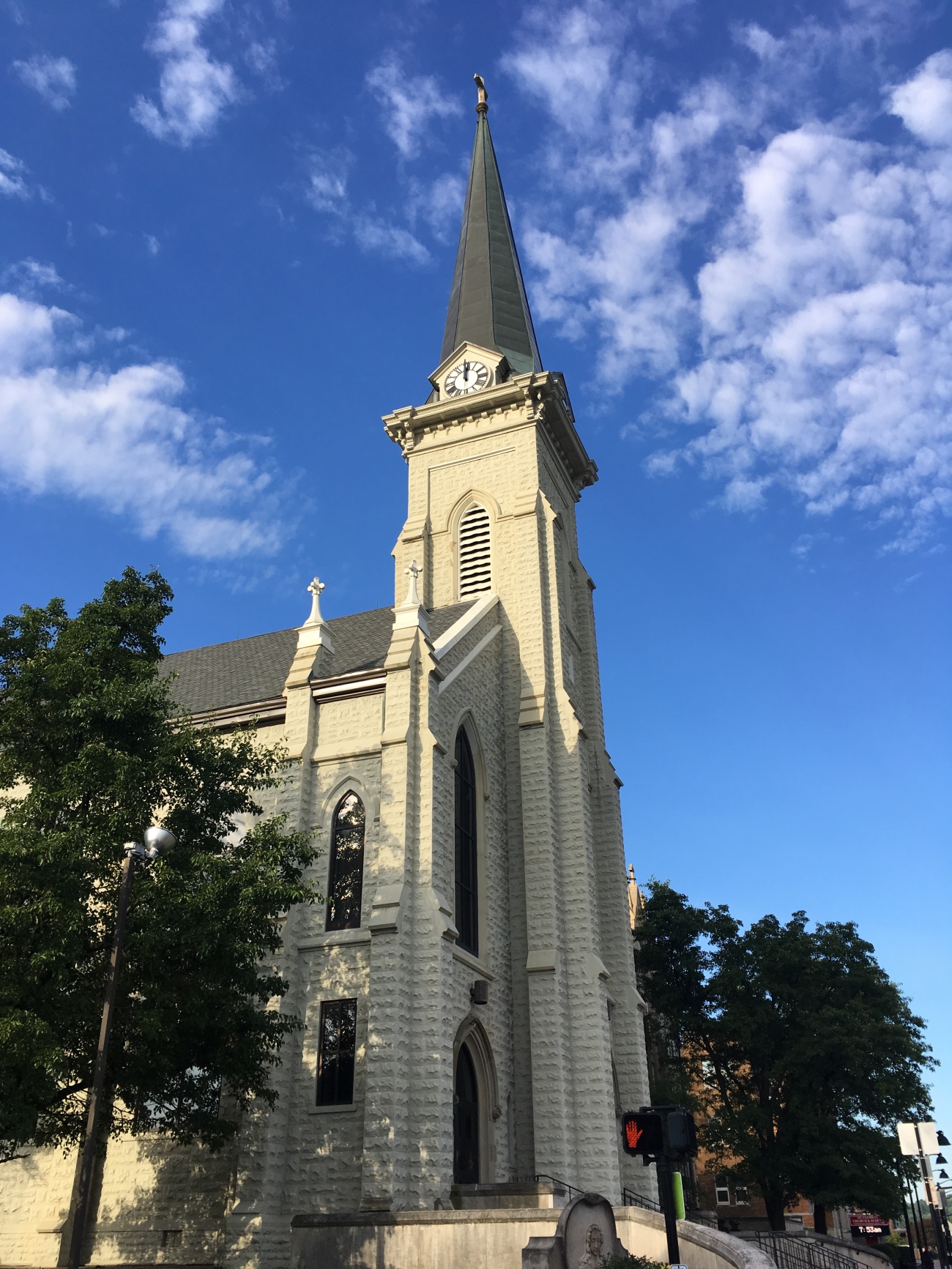 If you are ever in Cincinnati, you must visit the Ohio Book Store on Main Street between Seventh and Eighth Streets.  This is a five-story building filled with used books.  When I explained to the owner about my blog and that I was interested in Kentucky history, including county and other information about the state, he showed me the area for Kentucky books, but then took me to a little room marked ‘employees only’.  Here were the very old books, just what I wanted.

Some of the Medical Pioneers of Kentucky, A Tribute from the State Medical Association 1917, began with the McDowell’s of Mercer and Boyle Counties.  Our hospital is named for Ephraim McDowell, 1771-1830.  Many gravestones note if the deceased was a doctor, but I cannot always find more information, especially if the person was born in the late 18th or early 19th centuries.  I am hopeful this book will be just what we need.

I found a new printing of The Boone Narrative by Willard Rouse Jillson.

The Rowan Story: From Federal Hill to My Old Kentucky Home, by Randall Capps, is another find.  Living in Marion County while young, we visited My Old Kentucky Home many times – toured the house, had picnics in the park and attended the outdoor musical written by Stephen Foster.  But I know little about the family.  The Rowan’s are buried in a small cemetery on the property – we will visit and take photos to share with you.

The Louisville Directory for the Year 1832 should prove very interesting.

The Bowman’s, A Pioneering Family in Virginia, Kentucky and the Northwest Territory by John W. Wayland is something I’ve looked for for quite a while.  Some of the Bowman family are buried in Spring Hill Cemetery in Harrodsburg, Mercer County.

The Story of Paducah by Fred G. Neuman, copyright 1927, is probably my best find.  When we visited Paducah earlier in the year, I was disappointed that we didn’t find anything on the city and county from the historical society.

Scott’s Papers, Kentucky Court and Other Records, compiled by Hattie Marshall Scott and presented by Mrs. William Breckinridge Ardery, was published by the Kentucky Historical Society in 1953.  ‘In Memory of My Friend Hattie Marshall Scott, whose life was dedicated and devoted to her fellow Kentuckians, their honored past and to uncovering the authentic links which join this past to future generations.  All of the records appearing in this book together with a great amount of other priceless data was given to me by Miss Scott out of the infinite depths of her generous heart.  I believe it is both fitting and right that this portion of her labor of love be given through the Kentucky Historical Society for publication and that all proceeds from its sale should go to the Society’. Included is information from Bourbon, Nicholas, Estill, Fayette, Gallatin, Green, Harrison, Scott and Woodford county information along with miscellaneous other items.

Published in 1945 is Volume IV of a Sesqui-Centennial History of Kentucky by Frederick A. Wallis.  Only one volume was available, but it looked very interesting, with biographical sketches.

And finally, Historic Houses of Early America by Elise Lathrop, mainly deals with the original thirteen colonies, but does include a chapter on Homes of the Pioneers, a few old houses in Kentucky, Tennessee and Indiana, as well as Indian treaties and attacks.

My yearly budget is blown, but what exciting information we will glean from these books.  Add cemetery photos and original wills, marriage certificates and newspaper articles and we will bring those early Kentuckians back to life.