By Kentucky Kindred Genealogical Research on September 5, 2019 • ( Leave a comment ) 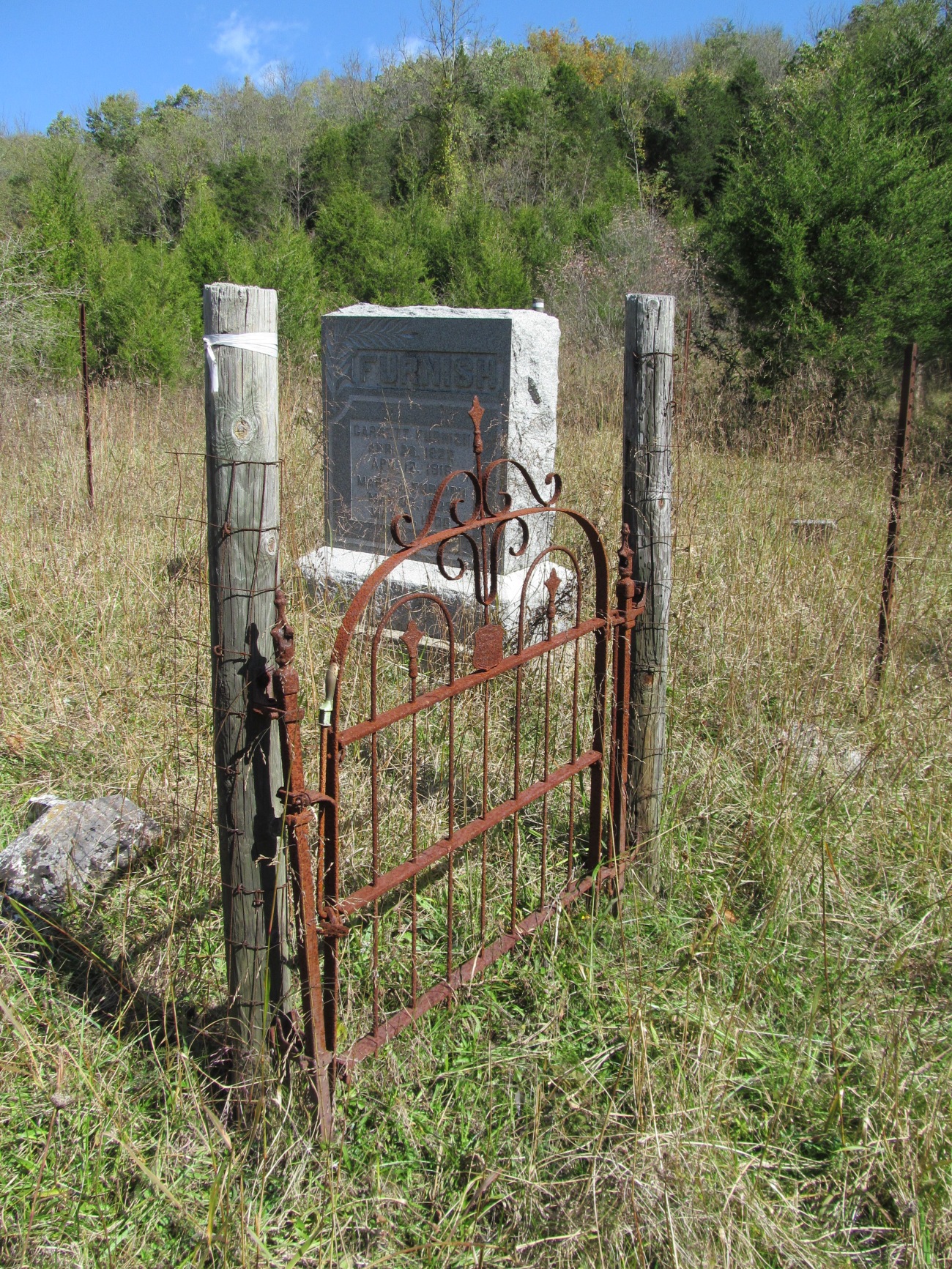 Today we visit the very small Furnish Family Cemetery in Gallatin County.  Ritchey and I were there in October of 2015.  It is also known as the Garrett Furnish Cemetery.  If you take Hwy 35 south from Warsaw, the cemetery is about half way to Sparta, perhaps five miles, located on the left side of the road.

We found five members of the Garrett Furnish family buried there.

According to his death certificate, Garrett Furnish was born April 26, 1822, to James and Nancy Goins Furnish. 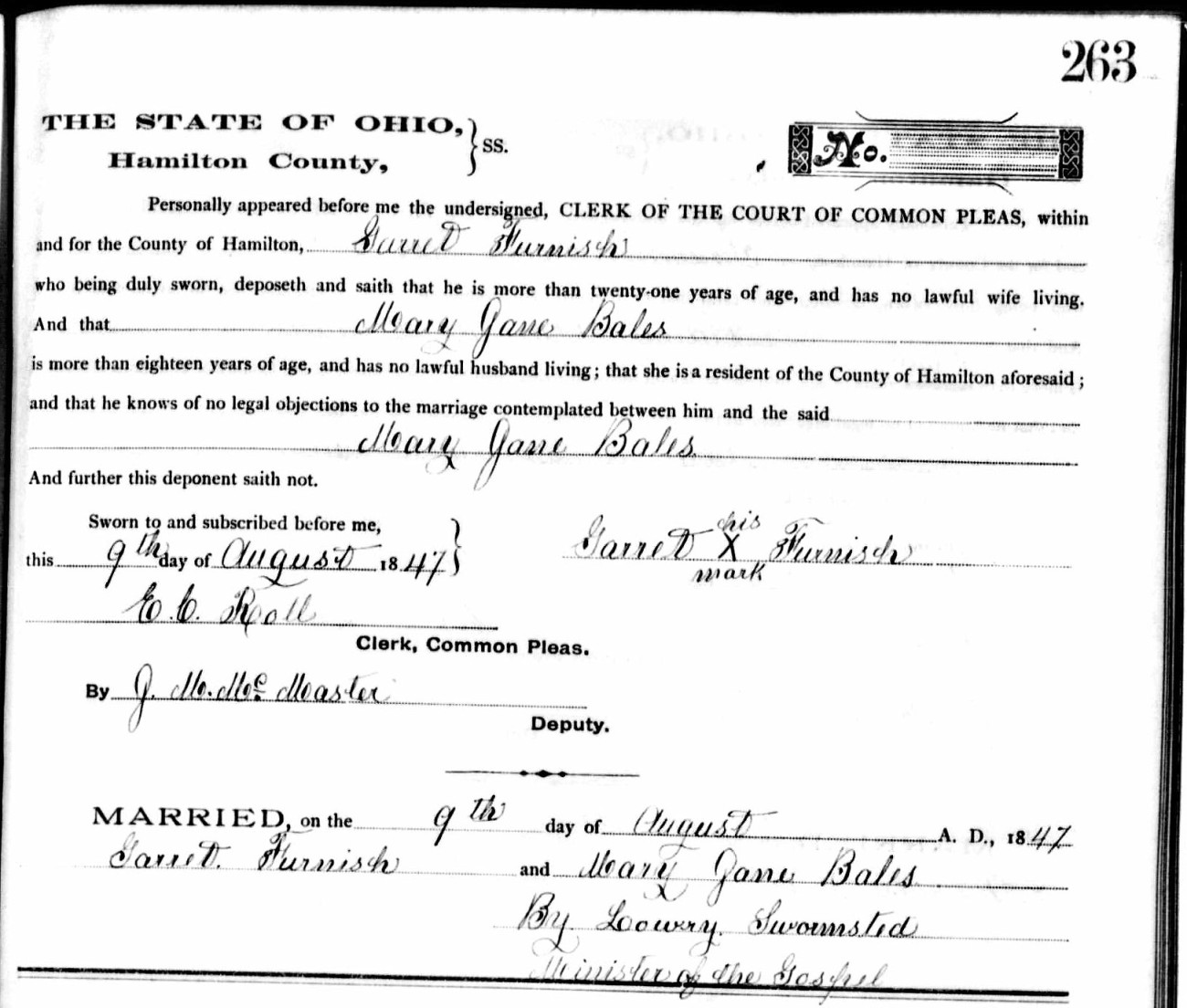 In the 1870 census the family consisted of Garrett, 48; Mary J., 35; Sylvester, 21; Thomas, 19; America, 14; and Silas, 11.  I believe the family had eight children and four died young.  Julia was one year in the 1850 census and we see her listed in no other.  Perhaps she died shortly after the census was taken; infant mortality was high.  Could it be Garrett and Mary Jane had no money for a stone for their baby girl?  The other three children – Mary Elena, Ann Margaret and Richard – died about ten years later, when the family was more secure.  This is only conjecture.

June 23, 1879, Garrett filed for a pension for his Civil War service.  He was a member of Company B, 55th Kentucky Infantry.  I found no further information. 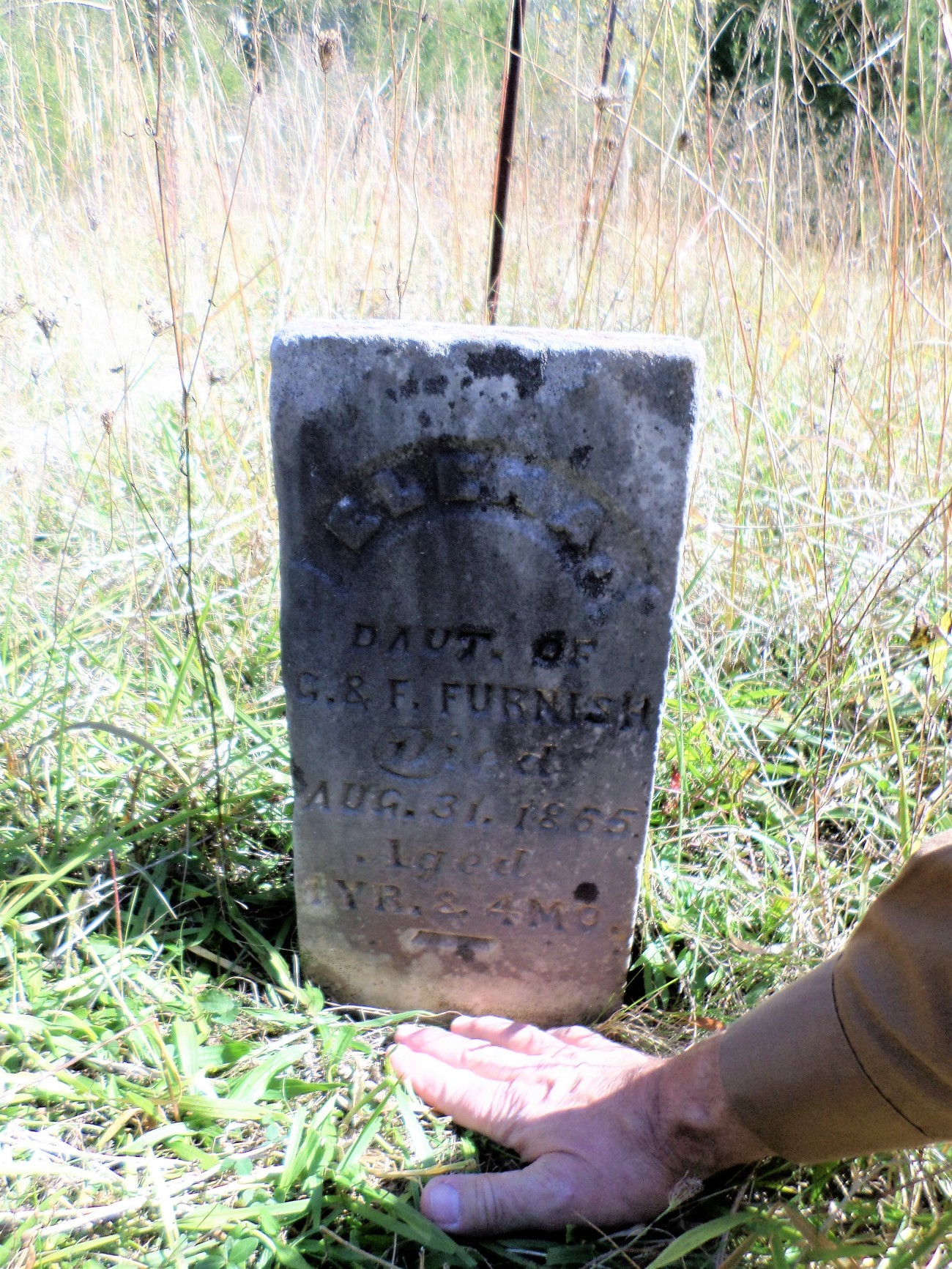 In the August 19, 1897, edition of The Courier Journal of Louisville, there is an article that Garrett and wife Mary celebrated their golden wedding on August 7.  It mentions he has always lived in Gallatin County.  His year of birth is stated as 1821.  What a wonderful number of years together.  Mary lived another nine years, passing away in 1906. 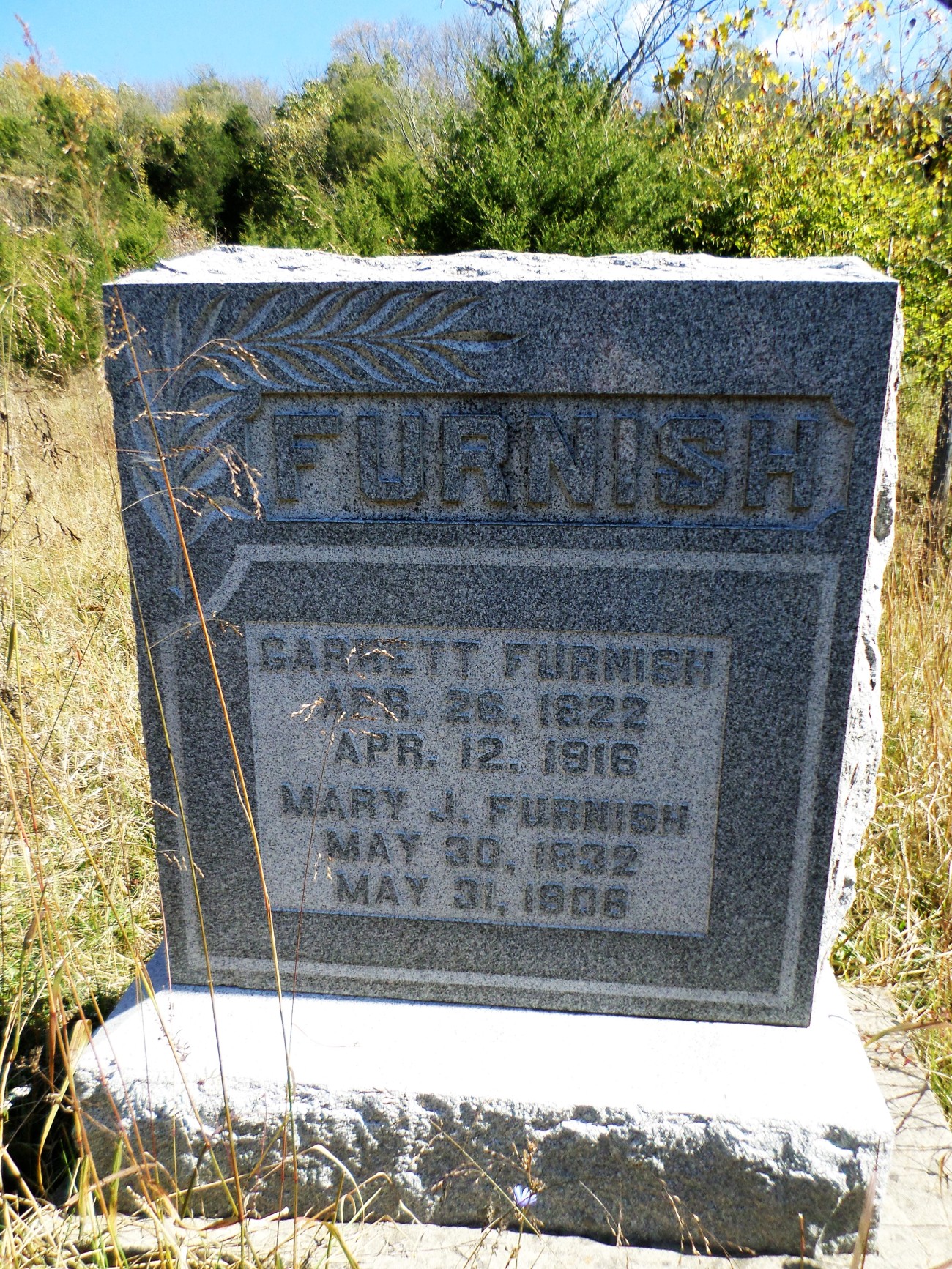 In 1910 Garrett lived with his sister-in-law, Christine Furnish, her two grown children, Daily and Margaret, and a young cousin Robert Gilbert.  Garrett is listed as 88 years of age.  He lived another 6 years.