By Kentucky Kindred Genealogical Research on December 6, 2019 • ( Leave a comment )

Philip E. Miles was a young man – only 35 – when he died February 1, 1850.  His will was written just two days before his death.  Only a brother and sister are named in the will – Henry A. Miles and Ellen Miles, the latter receiving $200.  Henry Miles was the recipient of his brother’s land, slaves, stock, household furniture and the stock in the Bardstown and Green River Turnpike.  Were there other siblings?  He mentions the undivided Negroes of his mother’s dower portion – eight are named and their age given.  Perhaps a clue to those searching their African American ancestry.

In the 1850 census of Nelson County, taken in June, after Philip’s death, in the Henry A. Miles’ household was Henry, 43; wife Ann Eliza, 20; daughters Sallie M., 4, and Kate A., 1; and Sarah Miles, 80, born in Maryland.  I have not been able to confirm but it has been shown Philip and Henry were children of John Barton Miles and Sarah Howard.  I think this census gives good evidence of that fact.  John Barton Miles died July 30, 1833, possibly during the cholera epidemic.  He left no will.

The distillery mentioned in Philip’s will is interesting.  Bardstown has had many distilleries through the years and it would be interesting to know if this one is still operating.

Will of Philip E. Miles

In the name of God, Amen.  I, Philip E. Miles, of the County of Nelson and State of Kentucky, being sick and weak in body but of sound mind and disposing memory, for which I thank God, and calling to mind the uncertainty of human life and being desirous to dispose of all such worldly goods and estate as it hath pleased God to bless me with, do  make, ordain and establish this as my last will and testament and bequeath the same in the manner following.  That is to say.

Also, I give and bequeath to my aforesaid brother, Henry A. Miles, my undivided half of all the stock on the farm

consisting of horses, cattle and hogs.  Also, my half of the distillery and appurtenances thereto belonging; as also my 3 shares of stock in the Bardstown and Green River Turnpike road.  As also my household furniture of bed, bedding, etc.

Second item.  My will and desire is that my brother, Henry A. Miles, shall as soon as convenient bequeath and pay off all my private debts (which are but few and small), and our joint debts from the proceeds of the within named property just willed.

I also leave to my sister, Ellen A. Miles, two hundred dollars which I desire my executor shall pay over to her when needed.

And lastly, I do hereby constitute and appoint my brother, Henry A. Miles, Executor to this my last will and testament.

In witness whereof I have hereunto set my hand and affixed my seal this 30th day of January 1850.

Signed, sealed and acknowledged as for the last will and testament of the above-named Phil E. Miles in presence of us Phil C. Slaughter, Lewis Ritchie

I, Nathaniel Wickliffe, Clerk of the County Court of said county, certify that at a Court held for said county on the 11th day of February, 1850, this last will and testament of Philip E. Miles, deceased, was produced in Court and proven by the oath of Phil E. slaughter and Lewis Ritchie and ordered to be recorded. 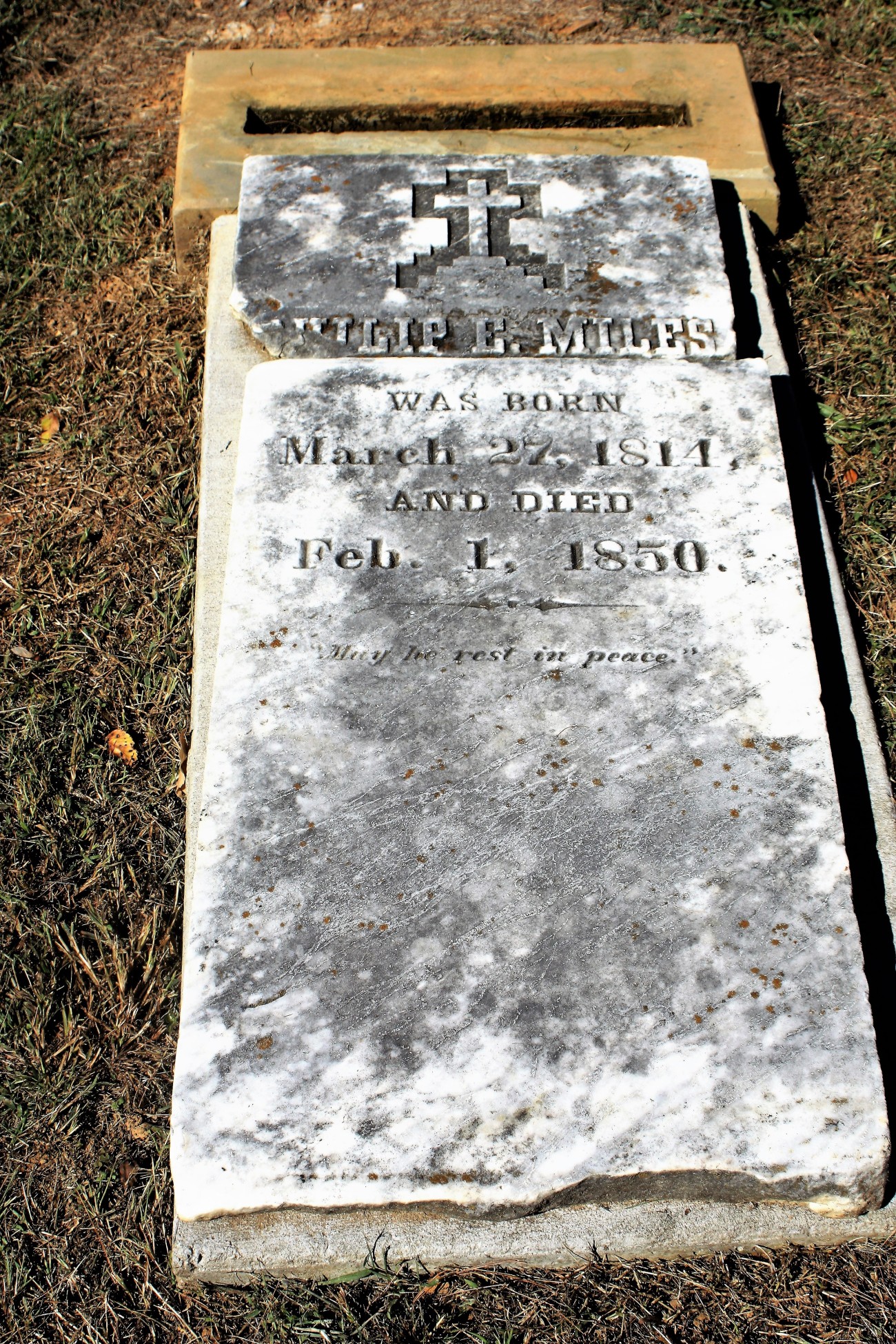