The other day I received a very nice message from from John C. Drach who said John and Mary Butcher are his great-grandparents.  He was kind enough to send their wedding photograph, which I share with you now.  Their wedding was November 15, 1877.  Mary is such a beautiful bride.  Her white bridal gown with its many trimmings and her veil adorned with flowers give us a complete picture of a bride of the 1870’s.  John is handsome, with a boyish look. 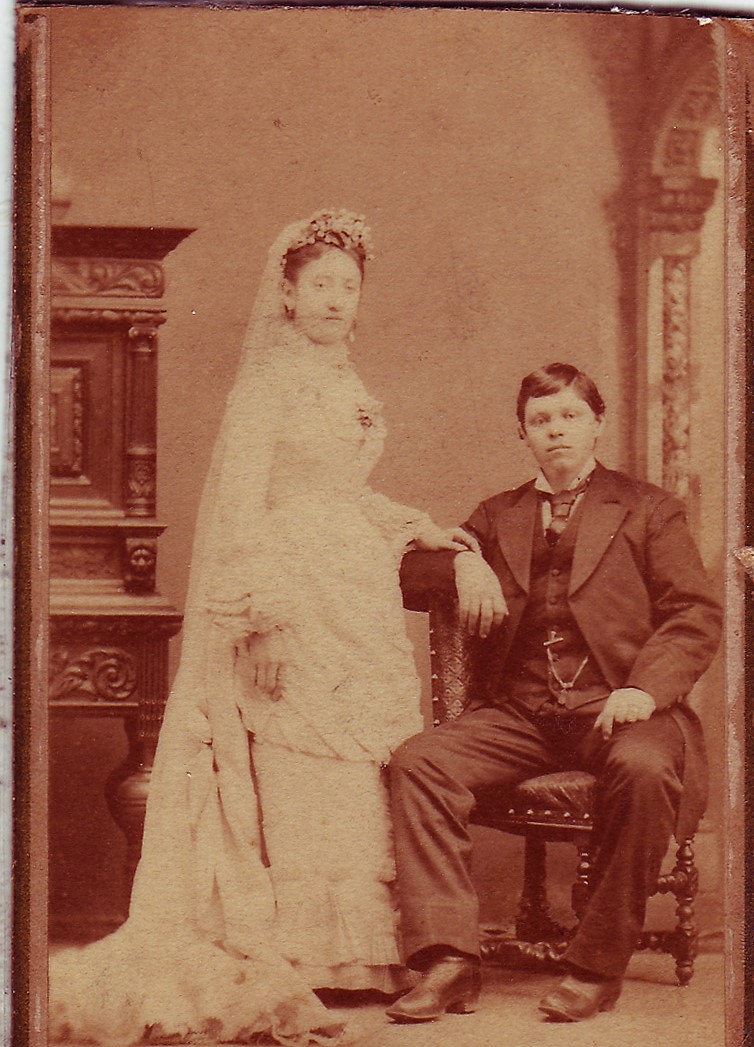 What a marvelous photo! 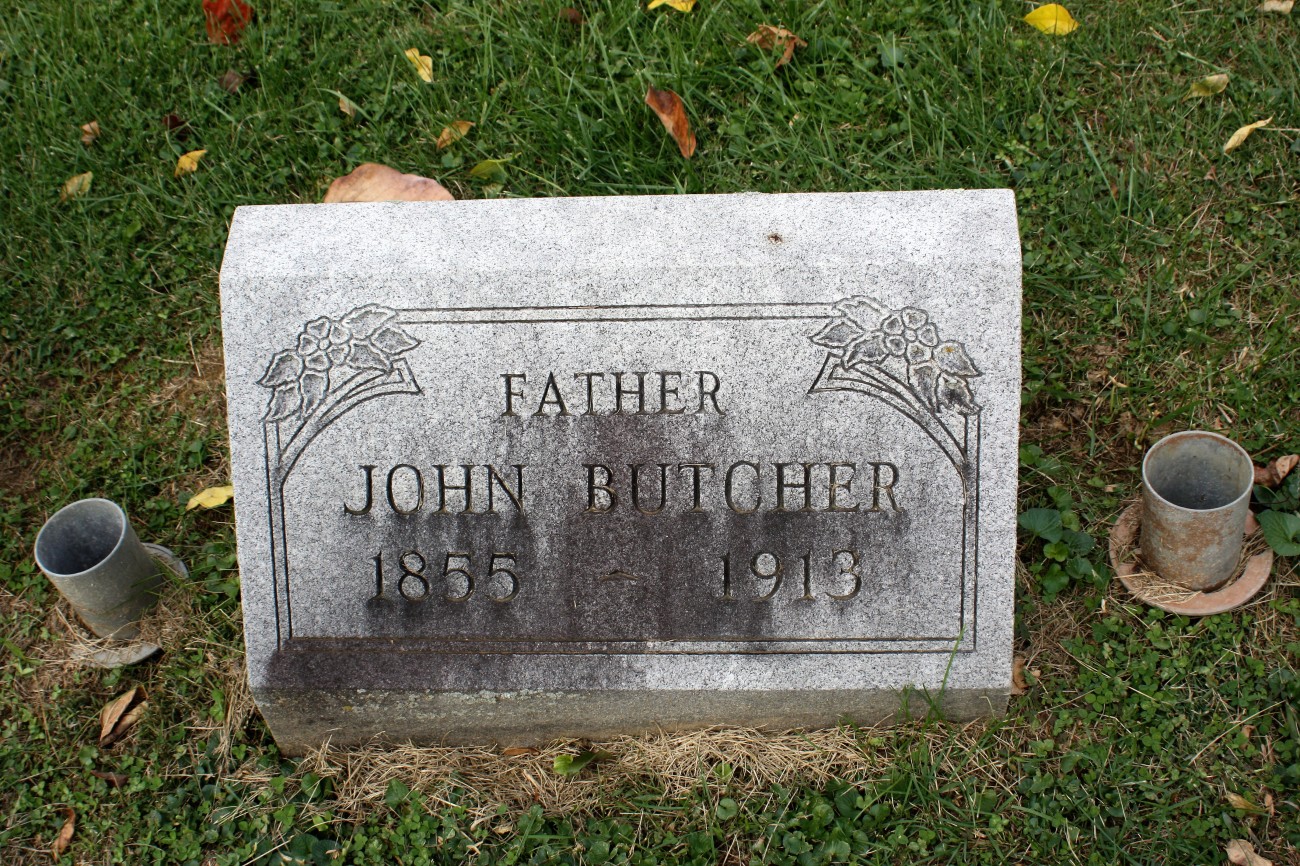 The Butcher family of Campbell County has their roots in Germany.  John Butcher, born in Kentucky, October 31, 1855, was the son of John Butcher, born in Saxony, Germany, and Catherine Zollies, of Bavaria, Germany.  In the 1870 census of Campbell County, father John was a beer brewer, and the children, Anna, 20; John, 14; Mollie, 12; Nancy, 7; and Elizabeth 6, were all born in Kentucky.  I am not sure if the parents married in Germany, or after their arrival in the United States.

John Butcher and Mary Schneider were married November 15, 1877, in Campbell County.  Although her maiden name is listed as ‘Schmidt’ in the marriage record, it is listed as Schneider on her death certificate.

John Butcher, 57, who for many years conducted a saloon at Taylor and Walnut Streets.  His father, John Butcher, Sr., was a prominent resident of Campbell County.  He conducted a dry goods store on York Street, and later established a brewery on the site of the present Wiedemann plant.  The late George Wiedemann afterwards formed a partnership with him.  A few years later Butcher withdrew from the firm and operated a brewery at Constance.  The funeral will take place tomorrow afternoon.  Interment will be at Evergreen Cemetery.

Mrs. Mary Butcher, widow of John Butcher, 306 Walnut Street, Bellevue, died early yesterday of a heart attack.  She was 80 years old.  She was a charter member of the Loyalty Council No. 14, Daughters of America, and a member of the Ladies’ Fidelian Society, Trinity Lutheran Church.

Services will be conducted tomorrow at the residence.  Rev. C. Myron Danforth, pastor of Trinity Lutheran Church, will officiate.  Burial will be in Evergreen Cemetery, Southgate, Kentucky.  A. C. Dobbling and Son, funeral directors, have charge.

Anna Barbara Butcher was named for her maternal grandmother.  Anna never married, and after the death of her mother, lived in the family home.

Miss Anna Butcher, 88, 306 Walnut St., Bellevue, died Sunday at the Newport Baptist Convalescent Center.  She is survived by a sister, Mrs. Irene Braun, Bellenue, and a niece, Mrs. Charles Drach, Ft. Thomas.  Services will be at 11 a.m. today at the Trinity Lutheran Church, Bellevue.  Visitation, at the church fro 10 a.m. until the hour of services.  Burial, in the Evergreen Cemetery.  The family requests that any memorials be made as contributions to the Trinity Lutheran Church.

Mayme Butcher, oldest daughter to John and Mary, married Edward Braun, October 16, 1901.  She did not live past 1910, although I have no information about her death.

Two other children were born to John and Mary, and both died very young. 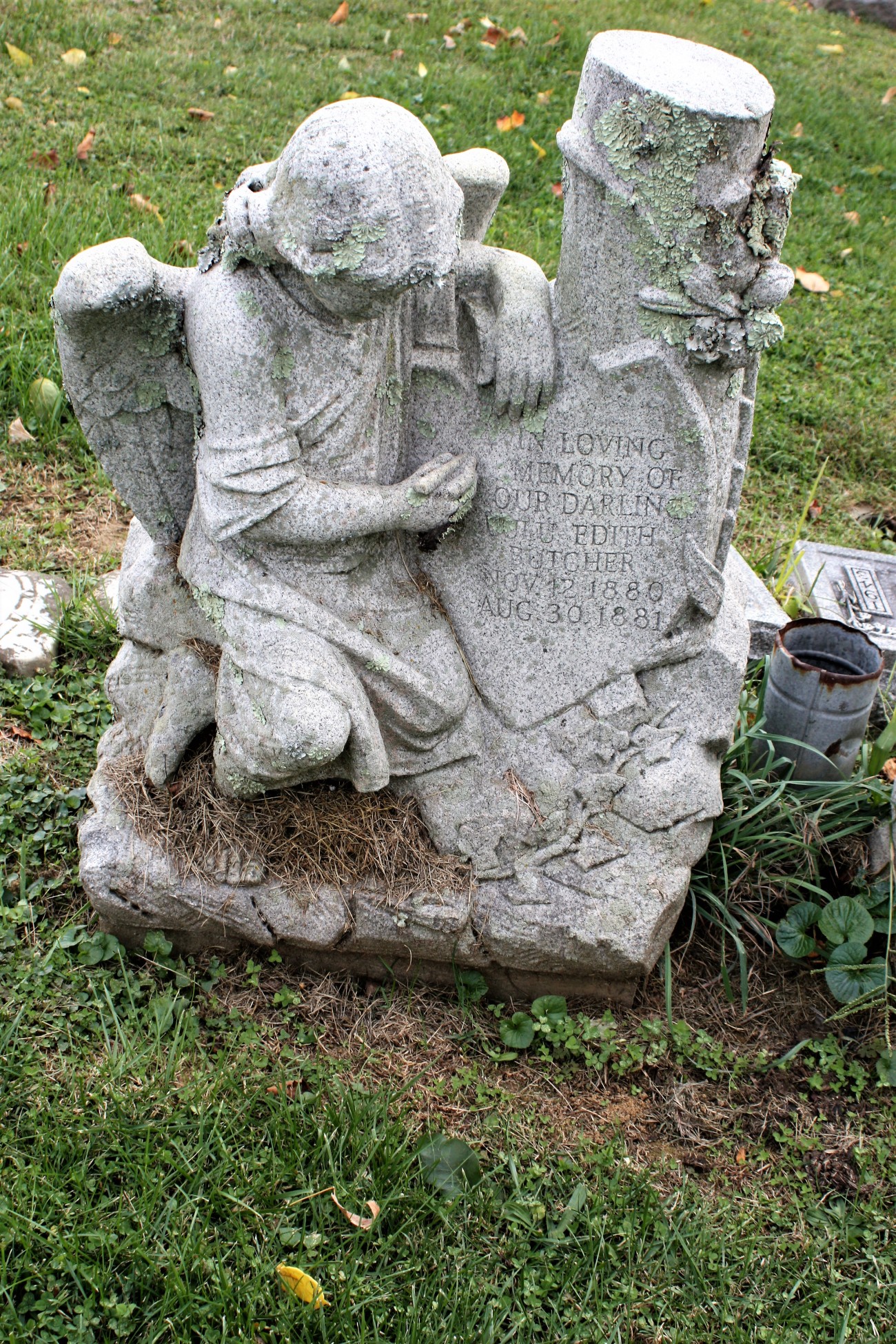 Lulu Edith would have been the second child born to John and Mary.  She was ten months old at her death.

Twenty-one years later another little girl was born.  She lived 3 and one-half years.  The death of these two little girls must have been very difficult for the family.  The large memorial that was placed in Evergreen Cemetery for them is evident of that love and sorrow. 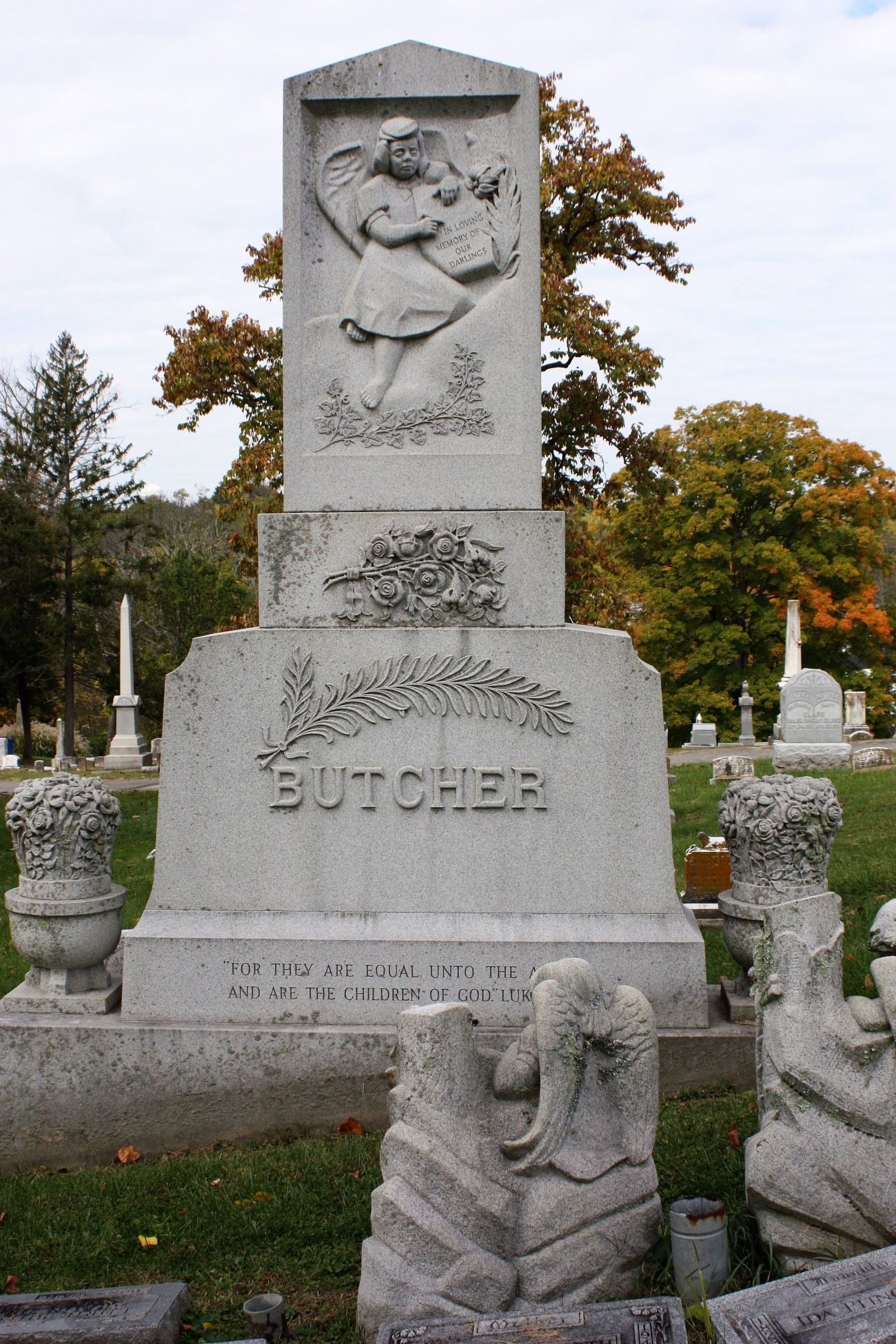