By Kentucky Kindred Genealogical Research on January 19, 2019 • ( Leave a comment ) 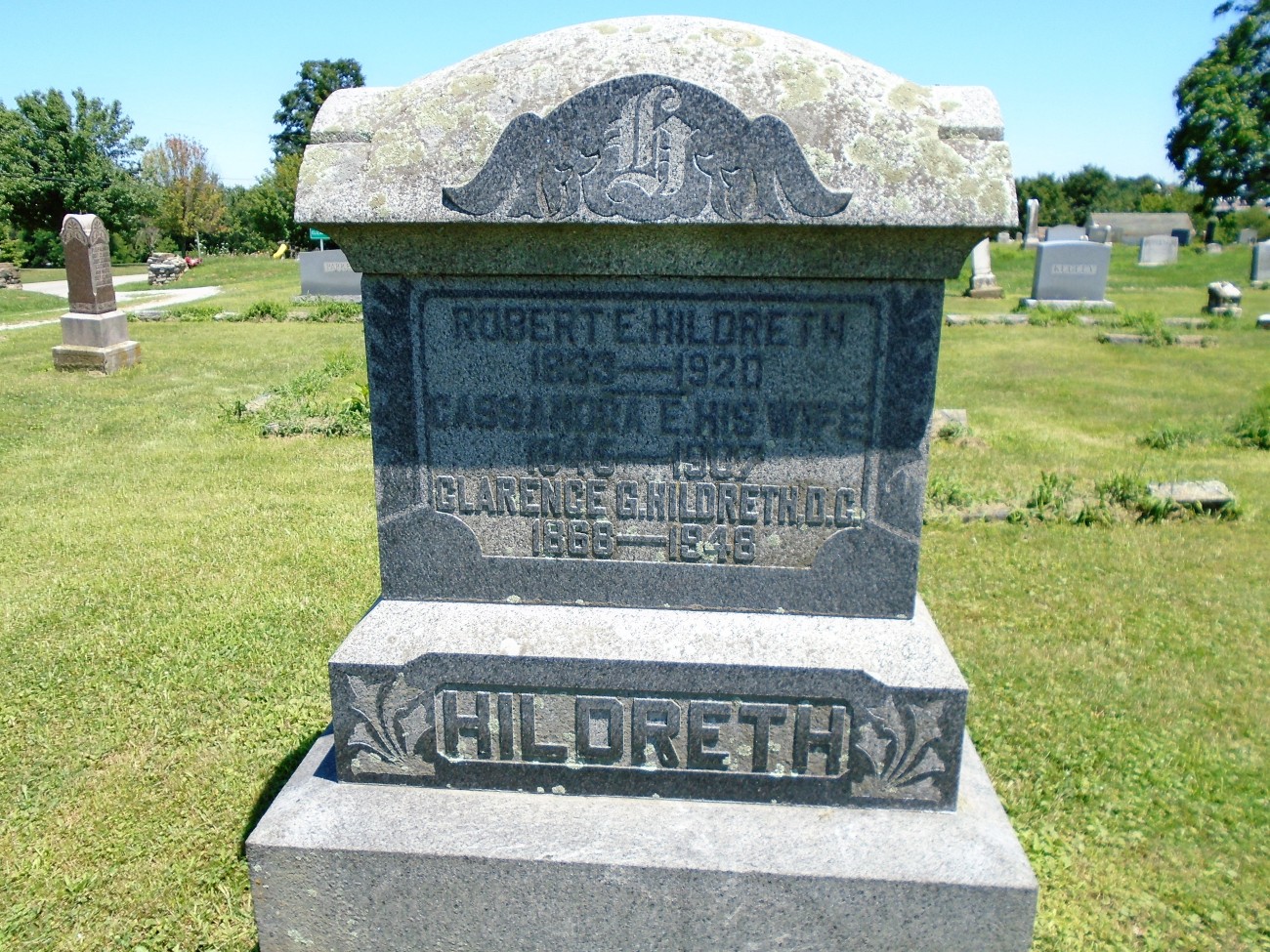 Although obituaries give some information about the deceased, I always prefer to find additional sources to give us a better picture about the life of the persons buried underneath the gravestone. 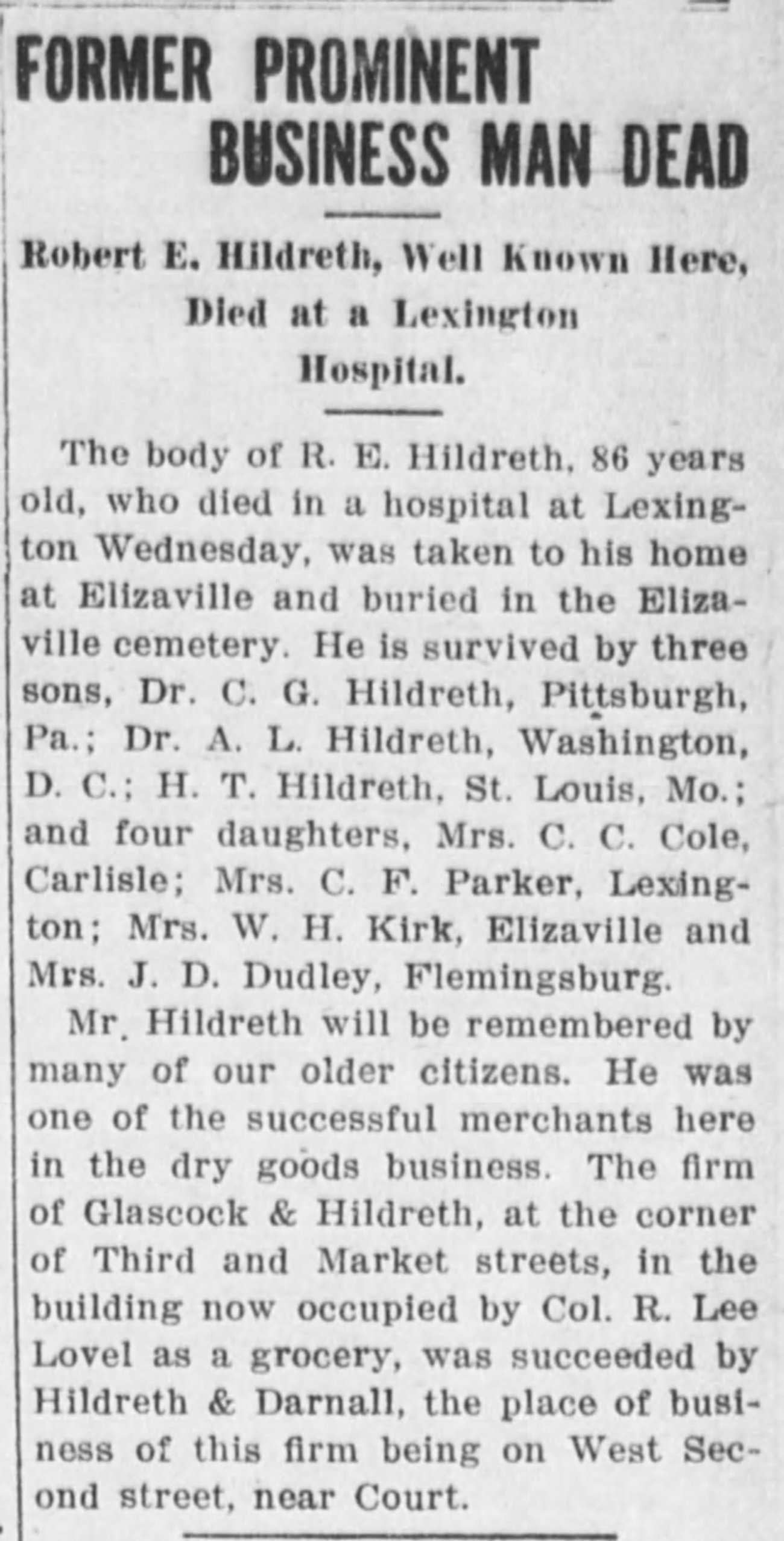 Robert Edward Hildreth’s obituary gives us his age at time of death, 86 years, and that he died in a hospital in Lexington.  His body was brought back to his home in Elizaville, in Fleming County, and was buried in the Elizaville Cemetery.  He is survived by seven children, three sons and four daughters.  He was a very successful dry goods merchant, Glascock & Hildreth.

Robert’s wife, Cassandra, preceded him in death by 13 years.  There is a one sentence announcement of her death, aged 62.

Census records give us so much more information.  In the 1860 Mason County census we find Robert E. Hildreth, 26, a merchant, living with the family headed by Phebe J. Campbell, 37.  Phebe’s children were George M., 18, apprentice to a gunsmith; Henry G., 16, a blacksmith; Cassandra E., 14; and William H., 12.  In addition to Robert Hildreth, four others lived in the household – George H. Wood, 33, a gunsmith; Samuel F. Woods, 21, a gunsmith; John Hender, 22, a saddler; and William J. Swarth, also a saddler.  Phebe’s husband, Henry Green Campbell, died in 1852.  Perhaps she let rooms to make ends meet.  The most interesting part of this information is that Robert Hildreth is 26, and his prospective wife, the young Cassandra Campbell, is 14.  Their marriage date was two years later, May 10, 1862.

Ten years later the young family is living in Robertson County.  Robert is 36, a merchant; Cassandra is 25. Two young children, Clarence G., was 2; and Hallie T. was seven months in 1870.  In 1880 the family has moved to Fleming County.  Three children were born since the last census – Matilda, 9; Harvey, 7; and Annie, 5.  Daughter Roberta was born in 1883.

The children with their full names and married names for daughters:

Did you notice there are only six children in my list and seven listed in Robert Hildreth’s obituary?  Dr. A. L. Hildreth is not mentioned in any census record.  This is one of those mysteries to be answered by a family member – any out there?