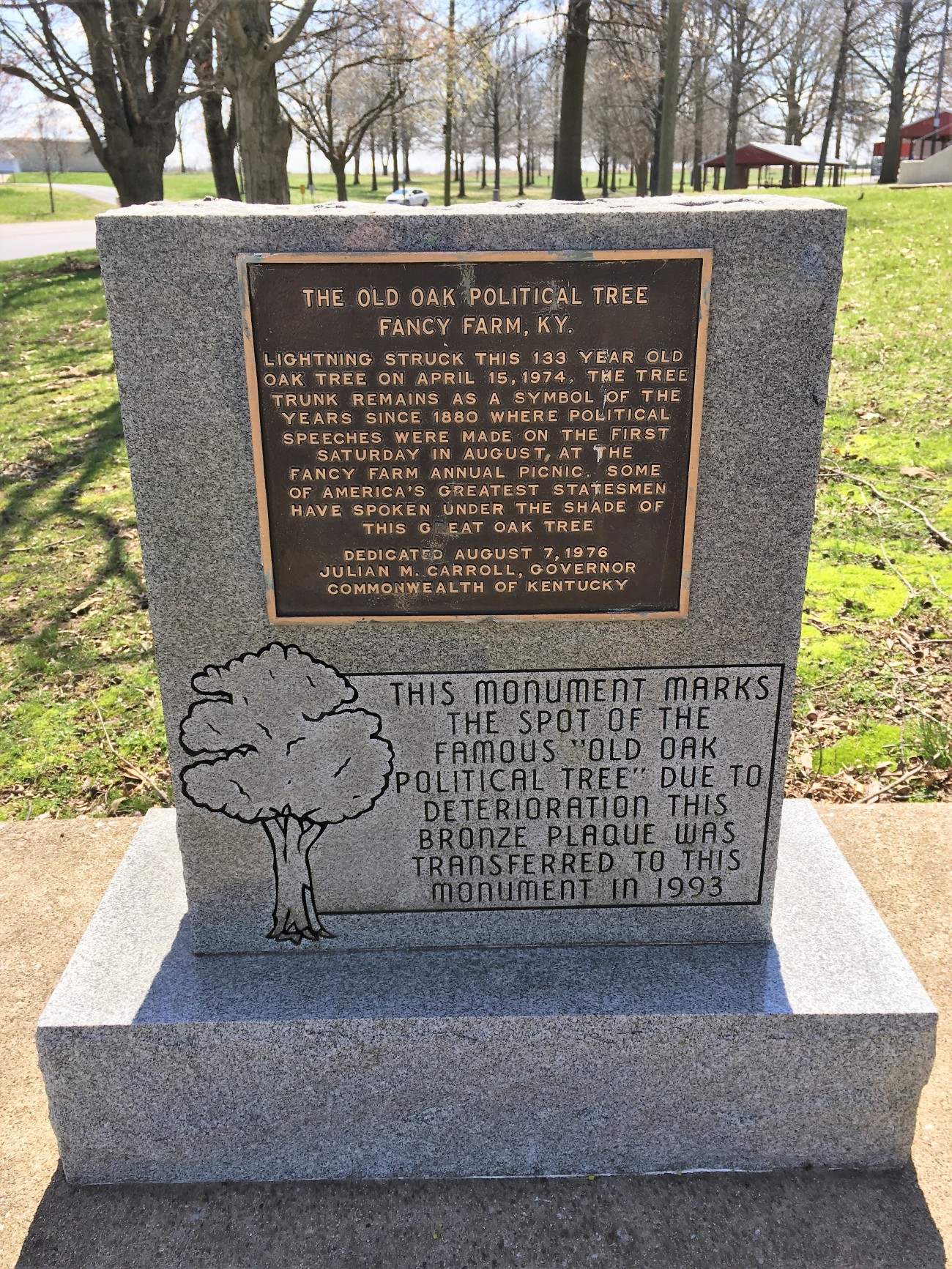 Lightning struck this 133 year old oak tree on April 15, 1974.  The tree trunk remains as a symbol of the years since 1880 where political speeches were made on the first Saturday in August, at the Fancy Farm annual picnic.  some of America’s greatest statesmen have spoken under the shade of this great oak tree.  Dedicated August 7, 1976, Julian M. Carroll, Governor, Commonwealth of Kentucky.  This monument marks the spot of the famous ‘old oak political tree’ due to deterioration this bronze plaque was transferred to this monument in 1993.

On the Fancy Farm website – yes, they have one – is the announcement ‘In far western Kentucky, you will find a small town with plenty of charm, plenty of BBQ, and on the 1st Saturday in August, plenty of politics.’

Begun in 1880, an announcement in the local newspaper said, ‘There will be a barn dance, picnic and “gander pulling” at Fancy Farm next Thursday.  Those that have never seen the latter should turn out on this occasion.  It will be interesting.’ 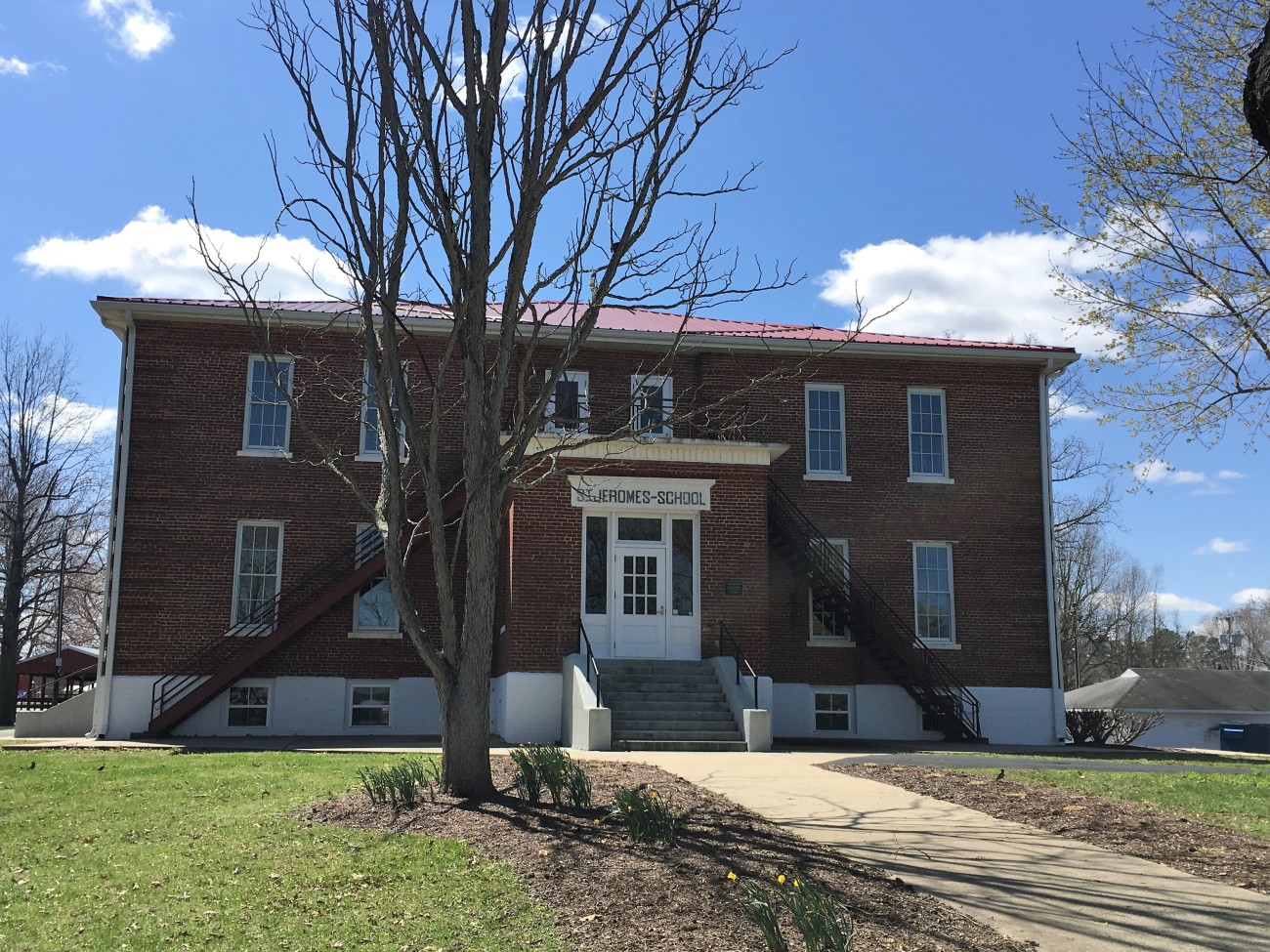 Originally held by the creek, in 1912 it was moved to the school grounds so that in case of rain could be held in the school building.  Candidates for county and state office began to come and speak at the large gathering.  What began mostly as a local get together with a large meal, games and visiting, puts Fancy Farm in the news at the end of July each year. 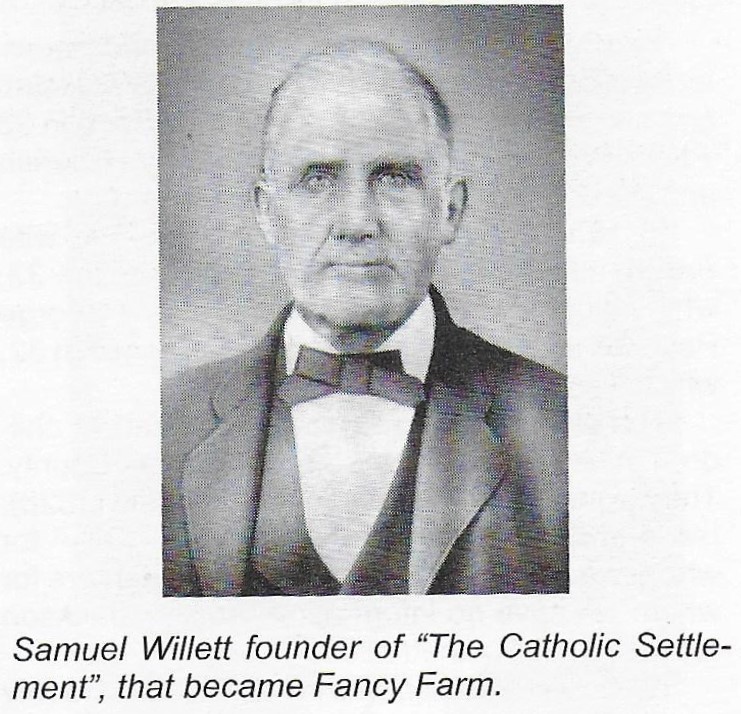 But how did this little community begin?  Samuel Willett, son of John Willett and Matilda Summers, was born in Washington County, Kentucky, in 1808.  The Willett’s were part of the Maryland to Kentucky migration in the late 18th century.

Twenty years later he married Elizabeth Hobbs, daughter of Jesse Hobbs and Mary Elder, at St. Rose Church.  Next March, in the year 1829, they left their childhood homes and made their way on horseback to their future home in Graves County.  They brought with them a feather bed and forty dollars in money, the cash a present from the bride’s father.  They traveled west of Maysville and stopped where Fancy Farm is now located, and within a short period of time purchased two hundred acres of land for $25 – the sum of twelve and one-half cents per acre.  With the remaining money they erected living quarters and made it their home.

By Christmas of that year John W. Willett, Samuel’s brother, arrived.  He was known to everyone as ‘Uncle Jack’.  Soon relatives and friends from Washington County moved to western Kentucky – Jimmie Cash, Thomas Curtsinger, Joseph Hobbs, a school teacher, Thomas Hayden, Sam, Joe and Billie Hayden, among others.

These two brothers were the pioneers of St. Jerome’s parish and remained as the foremost and most active members and prominent citizens of their community.  Samuel Willett served as High Sheriff for one term in the 1840’s and as Deputy Sheriff for several years.  In 1854 he was appointed Postmaster and held the office for many years. 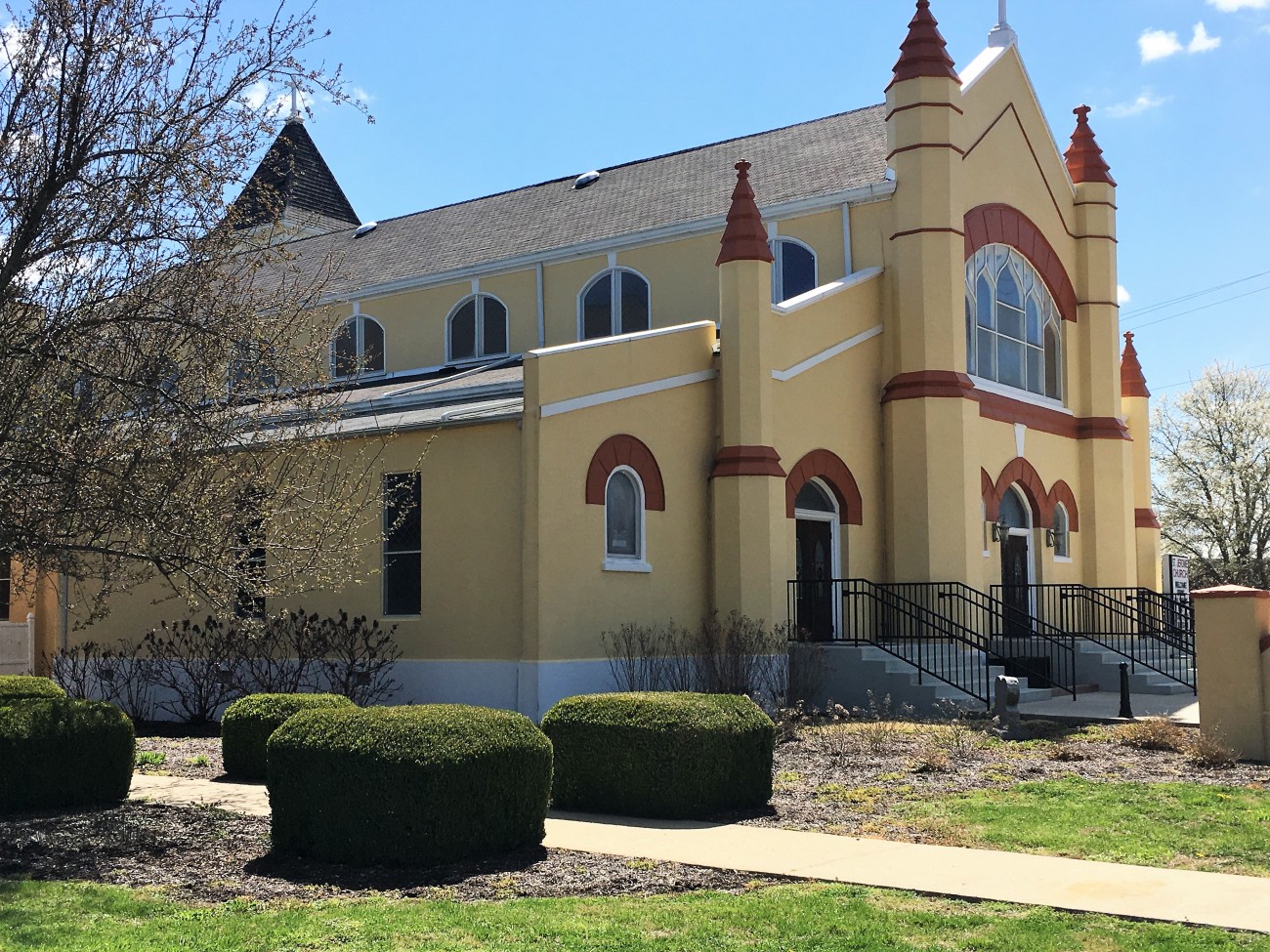 In St. Jerome’s Cemetery you will find the final resting place of these old pioneers.

In a 1924 newspaper article it said the oldest citizen in Fancy Farm, at that date, was Mrs. Josephine Carrico – daughter of Samuel and Elizabeth Willett.  She was bedridden with rheumatism and other health problems, but her mind was as sharp as ever and gave much information about the history of her hometown.

Who will be attend Fancy Farm’s 2019 picnic?