The McQuown Family of Nelson and Barren Counties

In the Glasgow Municipal Cemetery, located at 303 Leslie Avenue, in Glasgow, Kentucky, is buried a family by the name of McQuown.  This family was originally from Nelson County, Kentucky. And our story begins there.  William McQuown and Mary Elizabeth McCown married in Nelson County, October 27, 1827.

Evidently they decided to pick up and move to Barren County.  There we find the marriage certificate, dated November 15, 1856, for B. K. McQuown, residence of Glasgow, age 30, single, place of birth, Nelson County; who married Mariam Richardson, residence Glasgow, age 20, single born in Glasgow, Kentucky.  In the 1860 census Burr, 31, is listed as head of household, and is a cargo maker.  I’ve pondered this for most of the day.  To jump ahead just a bit, William McQuown is listed as an undertaker in the 1880 census.  I looked up cargo maker and most sites talked about making a basket type item to carry cargo in.  But, the word coffin comes from the Old French coffin, and from the Latin, cophinus, which translates into basket.  A coffin has six sides, a casket has four.  Could this have been another way of saying they made coffins?  We may never know.  Let me show you the household list:

Burr McQuown joined the Confederate Army during the Civil War.  He was in Company K, 7th Regiment, Kentucky Cavalry.  He was a bugler!  But we will save that story for another time.

In 1880 William McQuown, 75, has the occupation of undertaker.  Mary J., is 60.  Son Alexander is still living with his parents at the age of 43, and is a painter.  And a grandson, Lewis A., also lives in the household. 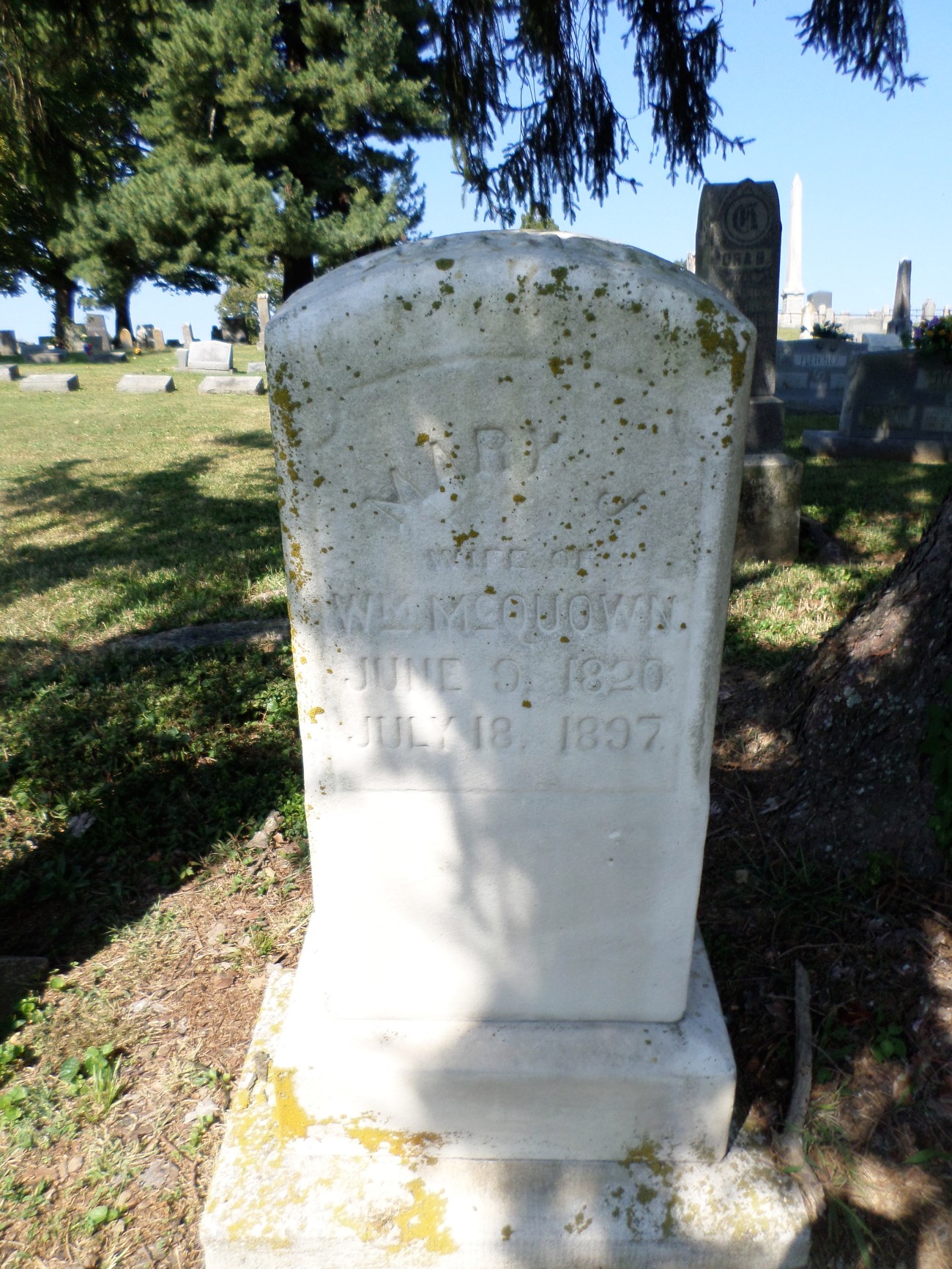 Miriam Richardson McQuown died February 19, 1887, and husband Burr Kavanaugh McQuown November 2, 1904.  Other members of the family lived on into the early and mid-1900’s.