By Kentucky Kindred Genealogical Research on March 22, 2018 • ( Leave a comment )

Today I share with you the original National Society, Daughters of the American Revolution working sheet for application of Adelaide Linton Cartier.  She is a cousin, along with being a cousin of Garwood Linton, my good friend (and cousin!) from Logan County and Jefferson County.  He brought Adelaide’s boxes of research to me several years ago.  Adelaide, of course, entered the DAR through our mutual great-great-grandfather, Captain John Hancock Linton, lieutenant and then captain of the Loudoun Militia.  He was born in Prince William County, Virginia, in 1750, before the county of Loudoun was formed.  John married Ann Mason, a daughter of Benjamin Mason and Elizabeth Berkeley.  During the last few years of the 18th century and the first few years of the 19th century, several of John and Ann’s children (along with a few of her brothers and sisters) came to Kentucky.  The Masons settled in Nelson County, along with Moses Linton.  The rest of the Linton’s made roots in neighboring Washington County.  In 1818, the remaining children came with the Captain.  I can just see that long line of children, grandchildren, slaves, packhorses, coming through the Cumberland Gap!  John Linton lived to the grand age of 86, his wife, 82.  They, along with other family members, are buried in the Linton Cemetery on Hwy 555. 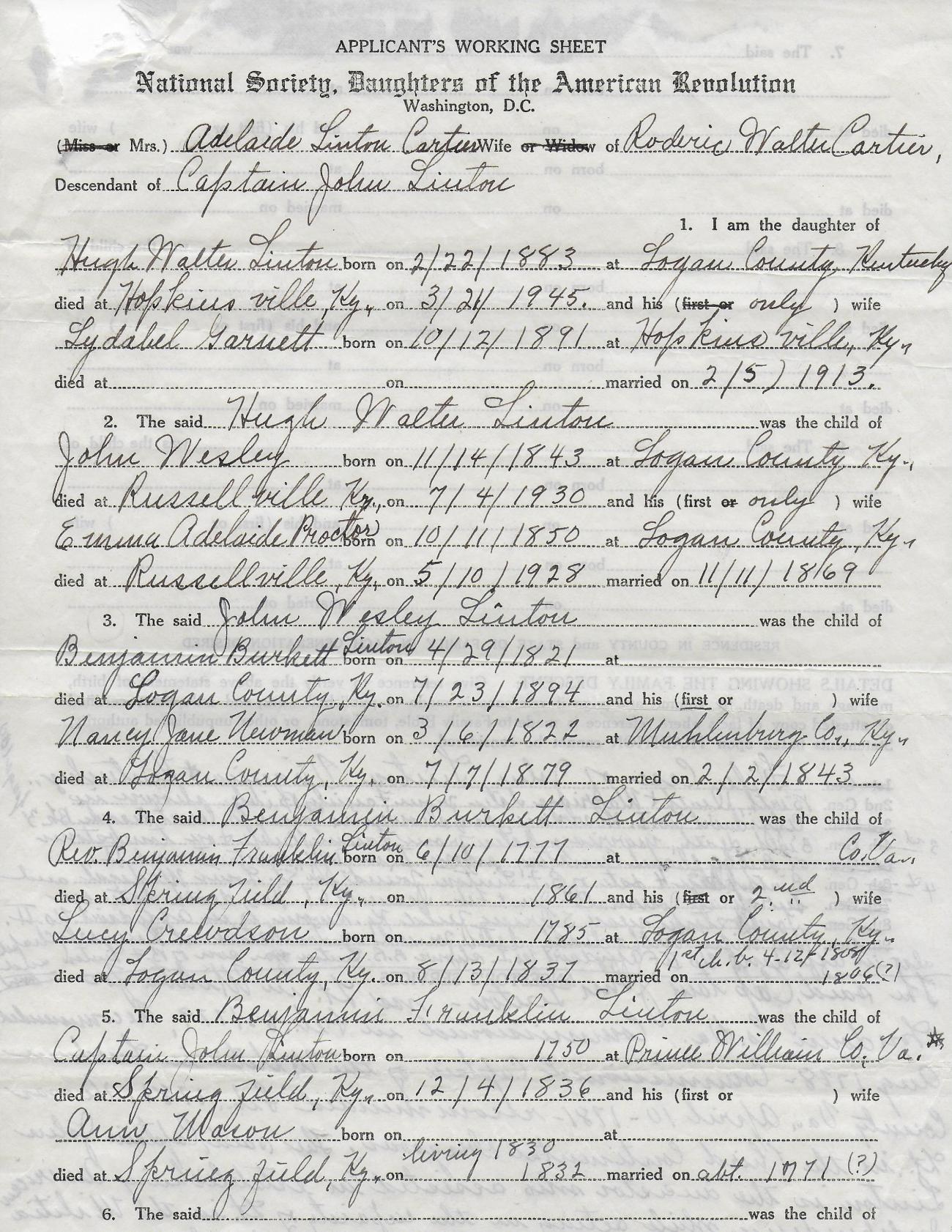 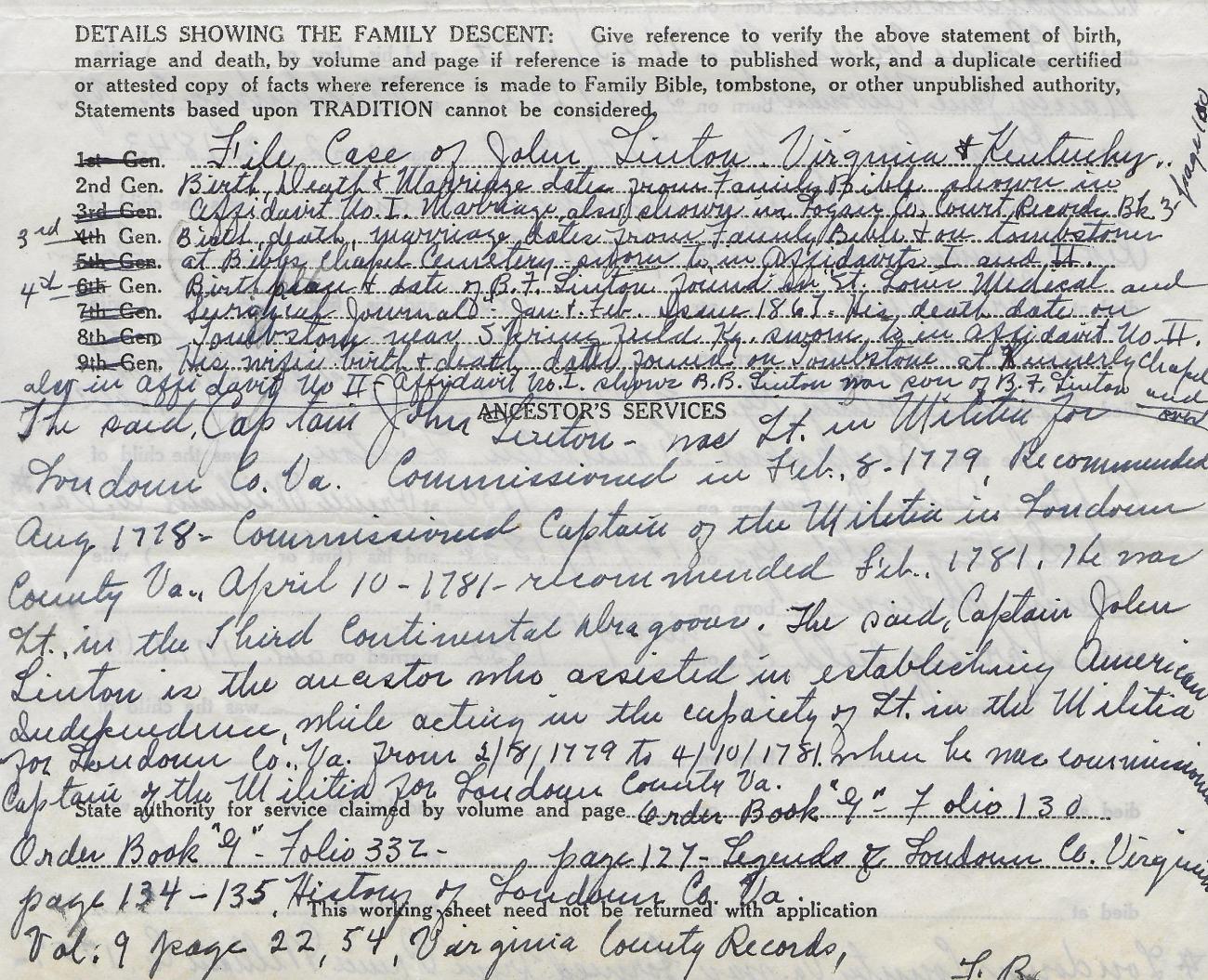 Details showing the family descent.  Give reference to verify the above statement of birth, marriage and death, by volume and page of reference is made to published work, and a duplicate certified or attested copy of facts where reference is made to Family Bible, tombstone, or other unpublished authority.  Statements based upon tradition cannot be considered.

3rd generation – Birth, death, marriage dates from Family Bible and on tombstones at Bibbs Chapel Cemetery, sworn to in affidavits I and II.

I need to research the Third Continental Dragoons before I could positively say that John Linton was a part of that group.  Today I sent an email to the Loudoun County Clerk for more information.  I will let you know what I find.