Col. Lee Smock, born Aug. 15, 1870, died at 1 a.m. Monday, November 25, 1940 at his home on Beaumont avenue following a long period of ill health which culminated in three paralytic strokes, the last one a week before his passing. He was a native of Jessamine county, the son of William and Agnes Green Smock, both from early settler families here. The first part of his business career was devoted to farming, until he founded a number of years ago in this city the large lumber, building material and coal business, operating today under the firm name of the Lee Smock Company, Inc. He was a prominent citizen, always co-operative in civic affairs, and was widely known as one of the foremost businessmen of Harrodsburg. Possessing a genial and friendly disposition he was popular with everyone.

His funeral was at 2:30 Tuesday afternoon at the residence on Beaumont avenue, conducted by his pastor, the Rev. T. Hassell Bowen, of the Christian church, assisted by Dr. John W. Carpenter, pastor of the United Presbyterian church. Burial in Spring Hill cemetery.

In tribute to Col. Smock’s civic and business activities in this community with which Col. Smock had business dealings for many years, all business houses were closed during his funeral.

Representatives of wholesale companies with which Col. Smock had business dealings for many years, were here to attend his funeral. There were also a large number of out-of-town relatives and friends at the service. 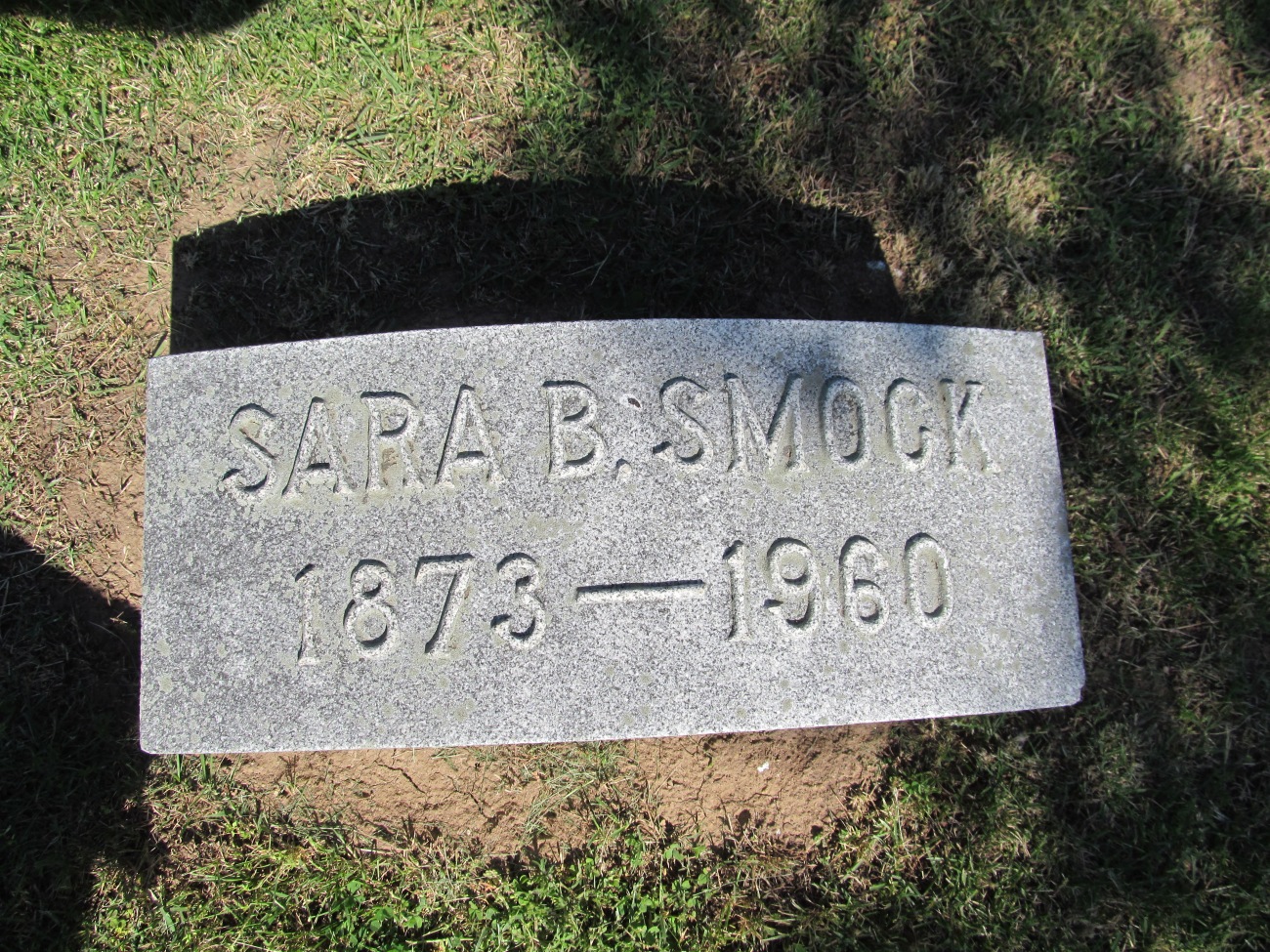 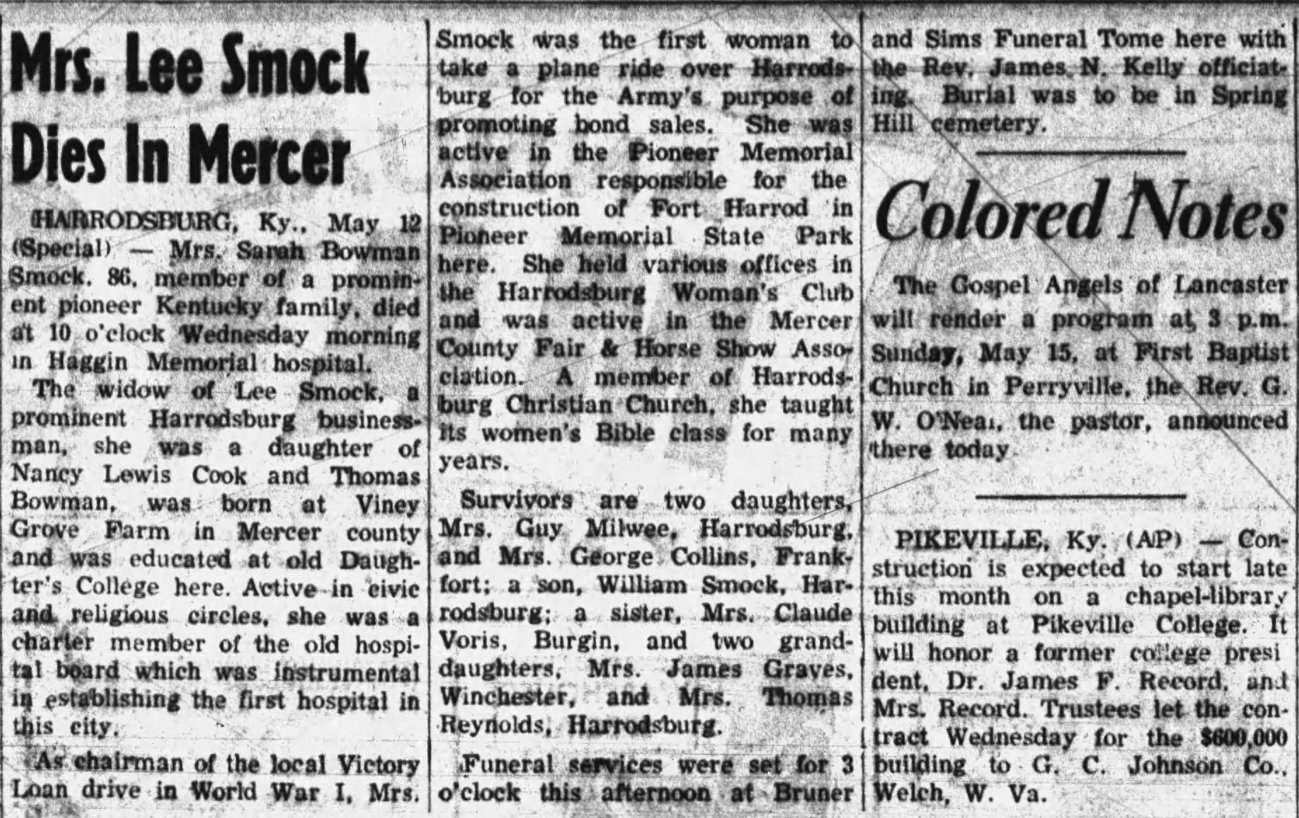 Mrs. Hallie Duvall Smock, wife of William Goddard Smock, died about 7 a.m. Friday, March 19, 1939 (?), at her apartment on South Main street after a long period of declining health, which culminated some time ago in a serious illness. She was a patient at the A. D. Price Memorial Hospital for several weeks and suffered a relapse after she was taken home. Her death takes from the community a woman of rare Christian character who was happiest when doing good for others. The daughter of Joel F. Head and Priscilla Talbott Head, she was born in Houston, Texas, August 18, 1863, but the greater part of her life was spent in Kentucky. She was married to William Goddard Smock, Harrodsburg, August 18, 1907, and their devotion and happiness together seemed complete. He survives and she also leaves three brothers, Richard C. Head, Louisville; Ben T. Head, Oklahoma City, Okla.; and Joseph Head, Richmond.

Mrs. Smock was a devoted member of the Baptist church, constant in all its activities as long as health would permit. Her funeral was conducted at the church of her faith Sunday afternoon at 3 o’clock by her pastor, the Rev. G. Whitcomb Ellers, assisted by the Rev. T. Hassell Bowen, pastor of the Christian church. Burial was in Spring Hill cemetery. The casket bearers were Paxton Davis, Glave Vivion, William Smock, Jr., Grover Head, Ben Head, Jr., and Guy Milwee.