By Kentucky Kindred Genealogical Research on June 7, 2016 • ( Leave a comment )

Mary Jane Edwards Janes was one of the younger daughters of Edward Barber Edwards and Nancy Linton.  Mary Jane was a baby of two years when she made the trip from Loudoun County, Virginia, to Washington County, Kentucky.  She came two years earlier than her grandparents – Captain John Linton and Ann Nancy Mason.  Mary Jane’s oldest sister, Susan Clark Edwards was my 3rd great-grandmother.  Susan married John Cotton Taylor, but died in 1836 at the age of 39.  Although Mary Jane was only 22 at the time, she helped her brother-in-law raise the four young children left without a mother.  I suppose this prepared her for later years when she loving brought children into her home when they needed help.  She sounds like a wonderful person!

Mary Jane’s information is on the back of her husband’s gravestone – the weather must come from that direction since it worn so much more than his. 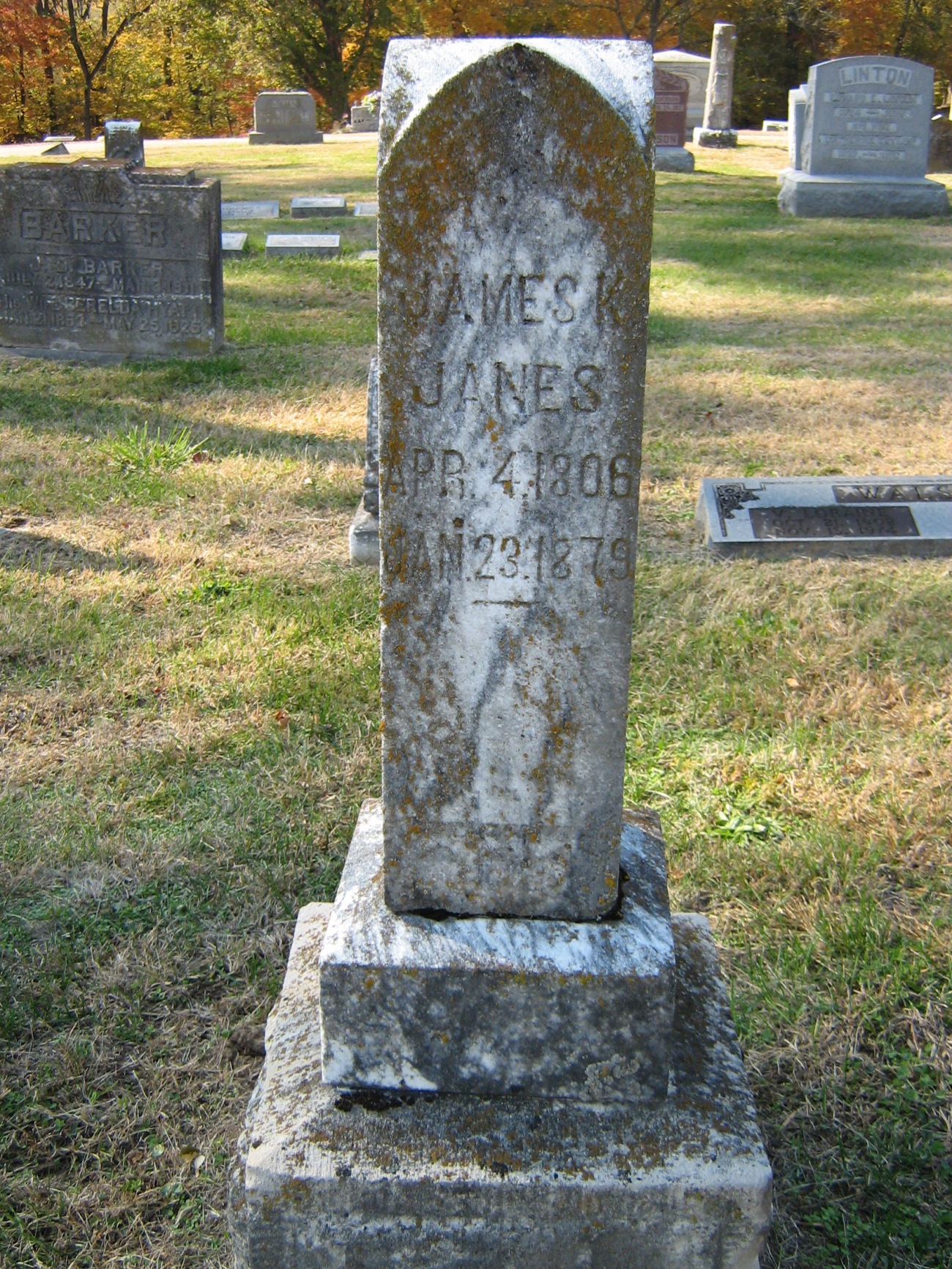 Mrs. Mary Janes, one of the county’s oldest residents died after a short illness at the home of Mr. Barber Clarkson, a short distance in the county, on last Thursday, December 28th.  Mrs. Janes was on a little visit to the Clarkson home when she was stricken and died after two days of suffering.  She lived on her farm about three miles north of Springfield with the family of her nephew, Mr. Edgar Linton.  Aunt Mary Janes was born in Loudoun County, Virginia, December 27, 1814.  She, with her parents, came to Kentucky in the fall of 1816.  When only seventeen she married J. K. Janes who was an invalid for many years before his death, which occurred in 1879.  Unto this union no children were born, but with willing hands they cared for and raised two orphan children, one a niece of Aunt Mary’s, the other a niece of Uncle Kell Janes, and she has helped to rear their children to the third generation.  She was a member of the Pleasant Grove Church.  She lived to the good old age of ninety-one years and one day.  Mrs. Janes was a noble woman full of charitable deeds, ever ready to help others.  Her maiden name was Edwards and she was an aunt of Mr. Ben Edwards and the Misses Edwards.

The funeral took place at Pleasant Grove on Saturday.  Rev. Miles Saunders, her old pastor, was expected to preach the funeral sermon, but owing to feeble health was unable to come and Rev. W. H. Williams officiated in his stead.