By Kentucky Kindred Genealogical Research on June 30, 2017 • ( Leave a comment )

The Greathouse family cemetery is located on Hwy 1957, also known as Lee Henderson Road, close to where it T’s with Hwy 1605.  It is very close to the Henderson family cemetery, and both are marked with a road sign – although the cemeteries are easily visible from the road.

Original stone for Isaac Greathouse.  To the memory of Dr. I. N. Greathouse who departed this life October 21, 1832, aged 40 years.

Hannah Amanda Linton Greathouse was a daughter of Isaac and Elizabeth.  She lived only fifteen years. 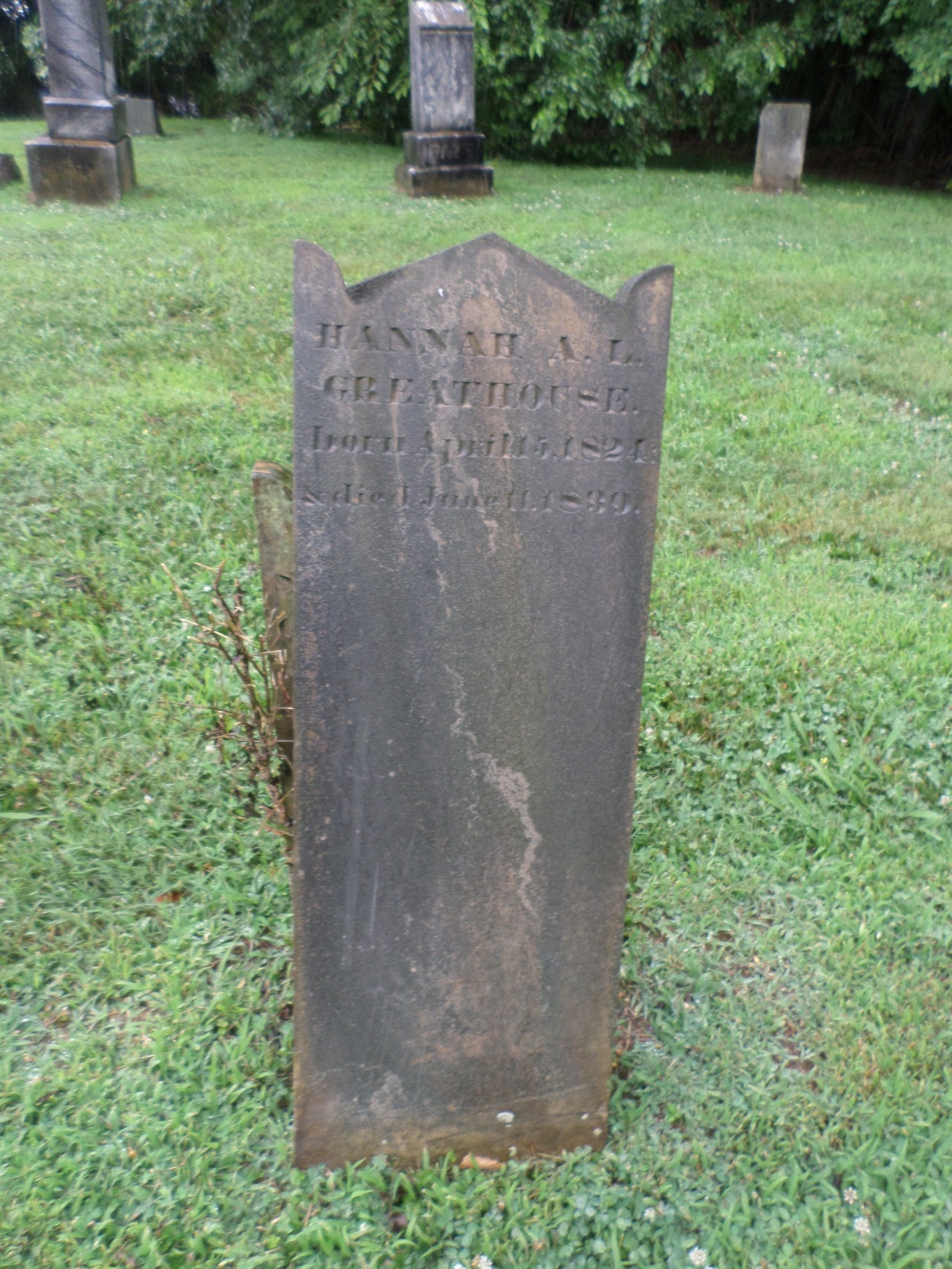 William Linton Greathouse was a son of Isaac and Elizabeth.  He was born in 1832, either just before or after his father died.

Rodolphus B. Greathouse was a brother to Isaac Newman Greathouse.  He was born in 1801, probably in Nelson County, Kentucky.

Susannah E. Greathouse was the daughter of Isaac and Elizabeth Greathouse. 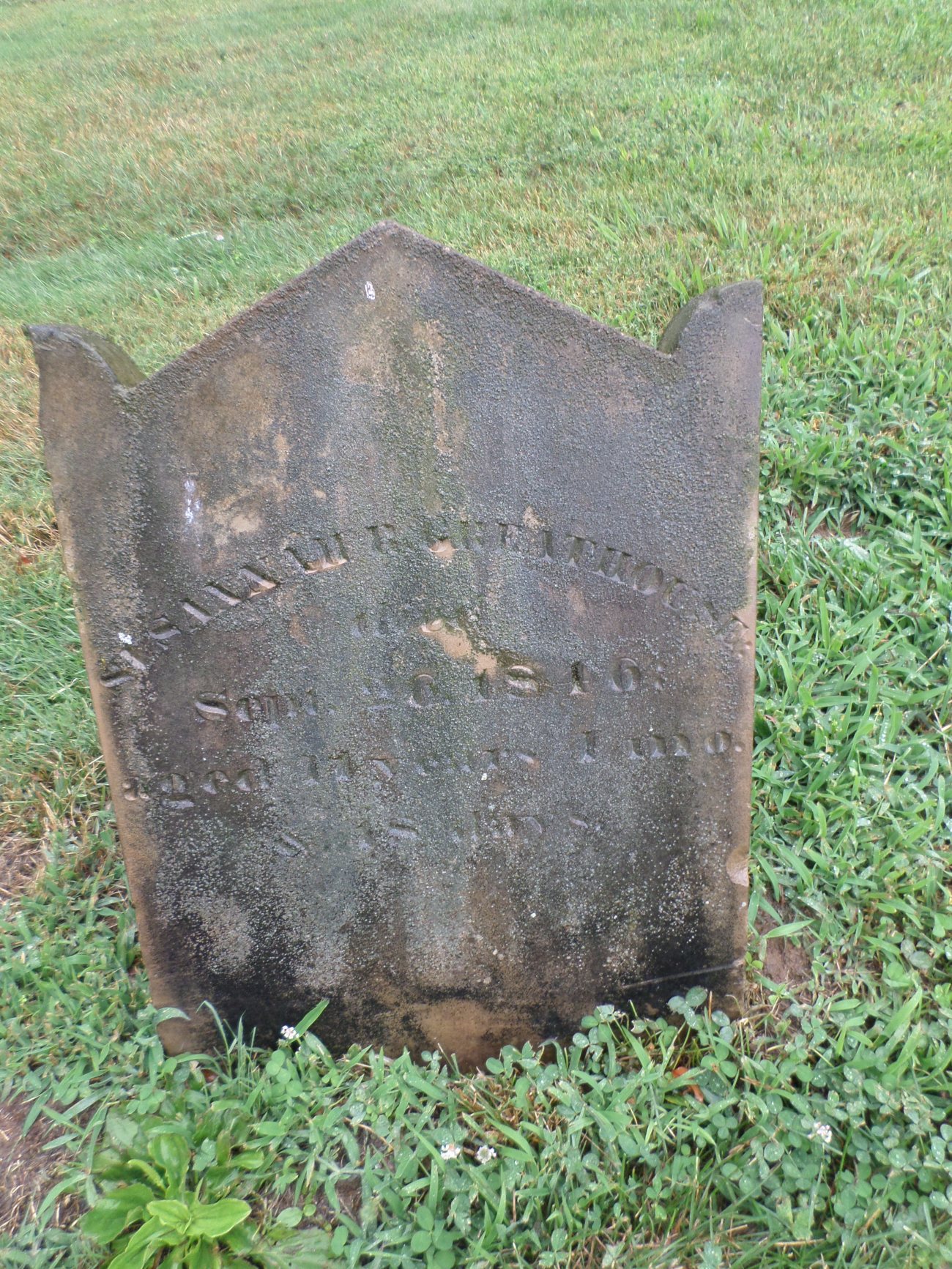 These photos were taken in the rain – we will return one day for sunshine and blue skies and retake!